I periodically want to brief you on developments concerning the million mile Modern Partner Tour, a series of executive workshops that we are

conducting globally for Intel, Microsoft and Actiontec. We’re just over halfway done for the current quarter and we’ve honed our message to truly daze and amaze the top 15 reseller partners who are invited to this exclusive event. It’s morphed into an Executive MBA gathering, versus the stand-and-deliver “death by PowerPoint” lecture we’re all too familiar with. And it’s been an honor and a privilege to be along for the journey. To be honest, I have learned more than I’ve delivered – just part of the ongoing US foreign trade deficit that’s burdened my motherland for more than a generation.

Here is my latest report:

Hunger. My former brother-in-law said it best once about his son’s Mercer Island High School basketball team: “They aren’t hungry.” He, a Russian immigrant, was referring to his son and fellow wealthy privileged players as not being hungry “less fortunates.” He should know, being a self-made Seattle technology dude, which is a long way from driving tanks in the first Afghanistan war. My point is this, the global world in developing countries and emerging nations has more energy than the domestic US SMB channel and truly believes “Make Everything Possible!” If you don’t believe me (or want to believe me – just see my Facebook cover photo). In Asia, the energy is infectious. In Dubai, the strategy is sophisticated and calculated.

Happiness. That darn “Happy” song is playing everywhere in the world now – airports, cafes, hotel lobbies. It sums up the basic attitude towards cloud computing in the SMB space overseas. People love Office 365. The attitudinal shift is dramatic this past 12-months. And they seem happy with Office 365.

Opportunity. The fact is that overseas there is a huge Windows XP migration opportunity. In ultramodern Dubai, witness the point-of-sale checkout at a bistro: 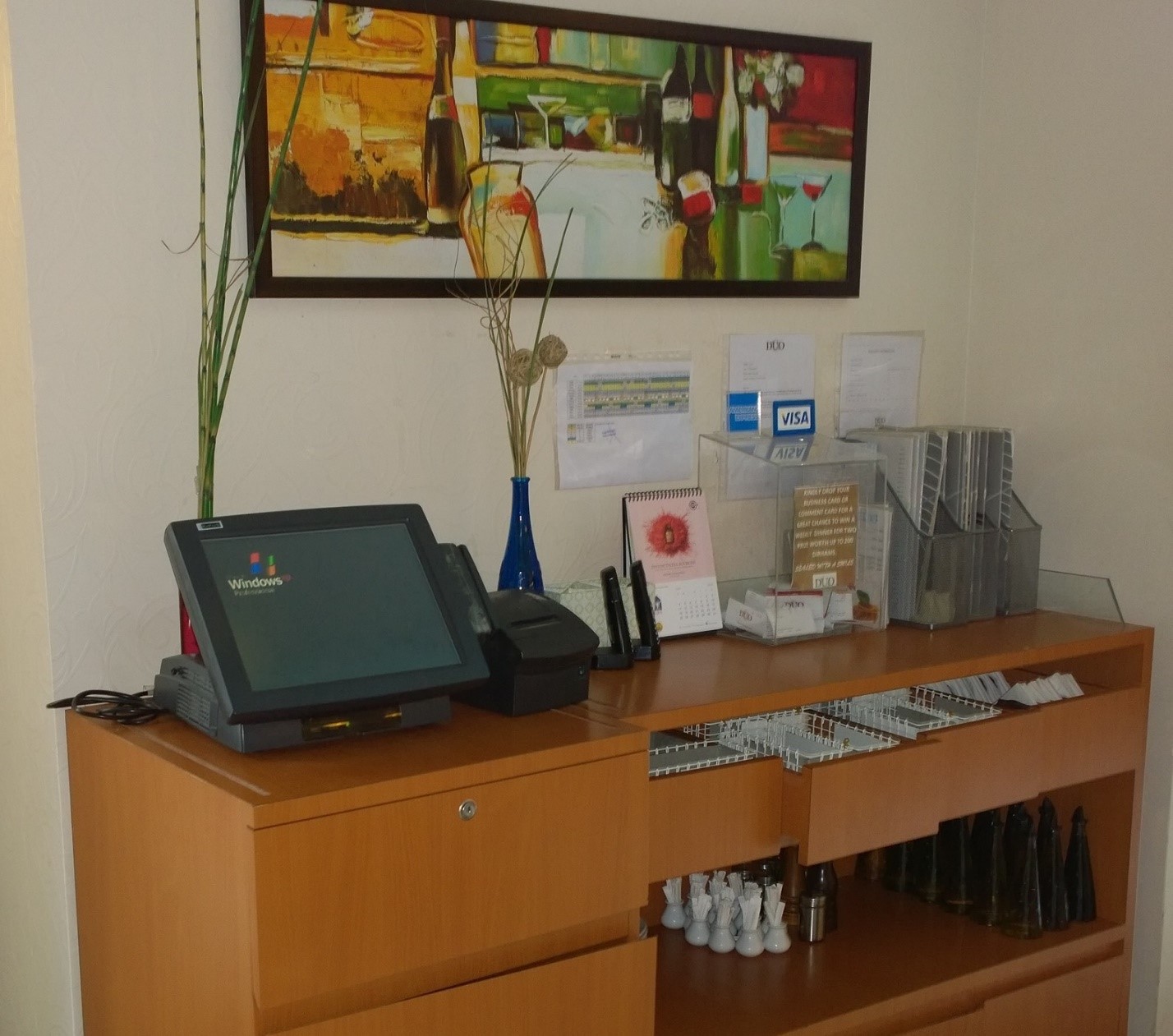 Surprises. If you took my home state, Alaska, with its oil wealth and traded snow for sand, skiing for shopping and wanton behavior for a controlled society and placed it near the equator, you’d have Dubai. For five days, I worked and played. But two things, as a geek, stood out. I use my Bria softphone (the upgrade from X-Lite) to run my business anywhere, anytime. It’s worked in over 10 countries on this tour, but somehow missed the opportunity to work in Dubai. I was perplexed. Until I researched the Web and discovered the government is blocking this form of SIP-based telecommunication sessions. Arrggg...read for yourself here. Skype worked so I had a Plan B.

What was also interesting was the censorship as seen in the figure. Get your mind out of the gutter as this was a fairly popular site – Craigslist – which of course has naughty and nice content. It was simply something I had not seen before. Very interesting! 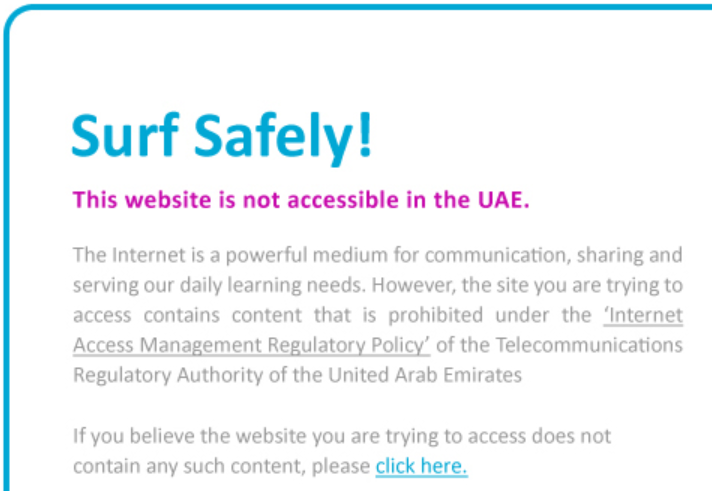 Humor. Responding to the latest technology threats such as IE vulnerabilities, consider the best security fix ever. 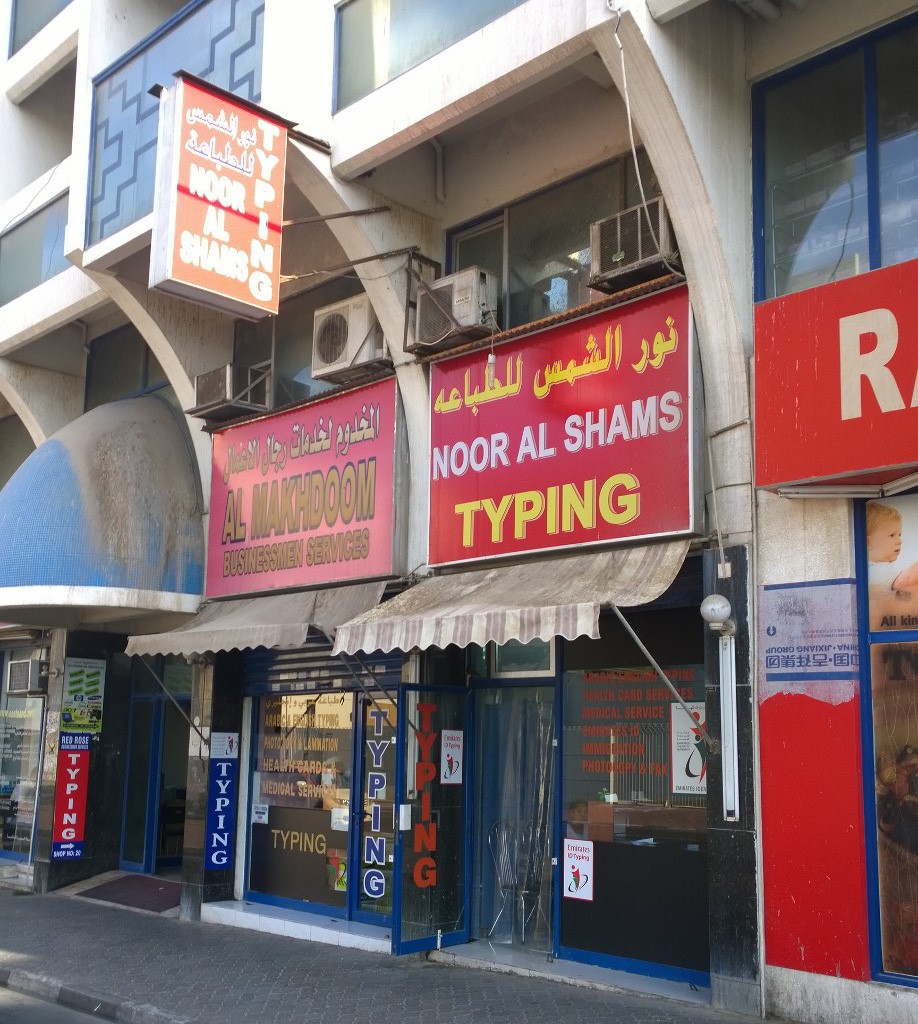