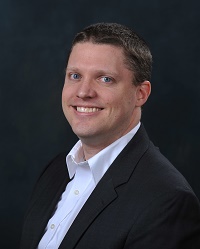 Over the past five years, cloud computing has been a

somewhat disruptive topic in the IT community. Early on, it was hard getting everyone to agree on a definition, and more recently, others dismissed it as a mere marketing term. At a minimum, the cloud concept has created a lively dialogue right from the point of its inception. In reality, it’s having a significant impact on businesses and transforming their operations. The recent 5th Annual Trends in Cloud Computing study from CompTIA confirms those observations and gives us a glimpse of what to expect in 2015.

That research breaks cloud computing into two groups: those using cloud for their own business operations — end-users — and channel firms that include cloud offerings in their portfolios. In both segments, some cloud confusion remains. By definition, all users should be consuming either public or private cloud resources (or both). However, 28 percent of cloud end users in the study didn’t select either option, leaving some question as to how familiar they really are with their existing cloud infrastructure. On the channel side, nearly every firm says they have cloud offerings, but the top challenge in moving forward is selecting the best business model, a foundational step.

As companies start building IT systems that use all the available options to help drive their business, the confusion over cloud usage will fade. End-user adoption is making significant progress, with 69 percent identifying themselves as being in one of the middle two stages of the CompTIA progression model. This means businesses are exploring technical issues, like migration and integration, as well as operational issues, like policies and workflow.

Moving from one stage to another, companies encounter a variety of different challenges. As they decide how to begin their cloud initiatives, their earliest challenges often revolve around education and calculating their ROI. Once businesses begin placing applications in cloud systems, they typically grow more concerned about integration and vendor lock-in, especially as they begin dealing with the realities of a multi-cloud environment. In the final stage, the challenges become more cultural and behavioral as firms try to transform their workflow to best utilize their cloud systems. These hurdles appear to be the steepest and they help identify the areas where businesses might benefit most from some outside assistance.

As end-users move with increasing frequency toward cloud-enabled operations, there are three main areas where changes take place:

With more than five years of cloud computing history behind us, attention is turning to the next phase. Such a large structural change typically drives operations for 25 to 30 years, so the next two decades should see continued innovation and the optimization of cloud usage models. We’ve moved beyond debating definitions; it’s time to forge ahead and explore all the developments taking place in the new IT ecosystem.