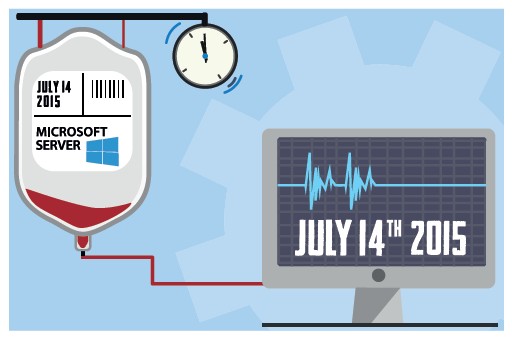 We’re one month away from the end of support (EOS) for Windows Server 2003 (W2k3S), and I’ve found several observations of

The Buzz. Similar to Windows XP, I’m seeing a lack of overall excitement about the impending deadline. The messaging was overwhelming at the Microsoft Worldwide Partner Conference in Washington, D.C. last July, but the topic quickly dropped with the next news cycle.

Procrastination. A recent communication from the BBC media outlet shared that one in four people procrastinate. I’d offer it’s at least that with the W2k3S EOS, as such is the attitude of the SMB IT Pro.

Real opportunity. Here is the irony. The people I have conversations with are “switched on” and don’t have clients with W2k3S devices. They’ve already migrated said clients years ago. The challenge is reaching the clients that need the help the most. It’s like managing global hunger—getting the food to those who need it most is vexing. This ongoing challenge continues to haunt SMB IT Pros. Near the end of the Windows XP migration motion with its April 2014 EOS, some SMB IT Pros would call small businesses randomly asking if they had Windows XP. That’s a very expensive way to acquire customers and akin to looking for a needle in a haystack.

MSFT Extension? No. My sources inside Microsoft are indicating there is no appetite to extend the W2k3S EOS deadline of July 14, 2015.

Hedge Strategy. LogicNow is promoting an interesting approach to extend the W2k3S EOS deadline as a last resort for procrastinators or a must-do out of necessity. Let me expand on the latter statement. The idea is that there are certain sites that must run W2k3S for backward compatibility purposes. In speaking with Allister Forbes, GM at LogicNow (formerly GFI), he shared that his firm is on record with a deadline extension strategy that offers prescriptive guidance on how to run W2k3S after July 14, 2015. It’s the type of communication that Microsoft Redmond cannot, will not and probably should not offer. I coined this as the “Rebel with a Cause” hedge strategy. An associated white paper details this approach ranging from security hardening to isolation. If you’d like to receive a copy, you’ll need to complete the form here to download the white paper.

So, as your Microsoft ombudsman, I’ll wrap this blog for now with a commitment to revisit the topic in mid-July. I predict planes will fly and the sun will rise in the east on July 14.