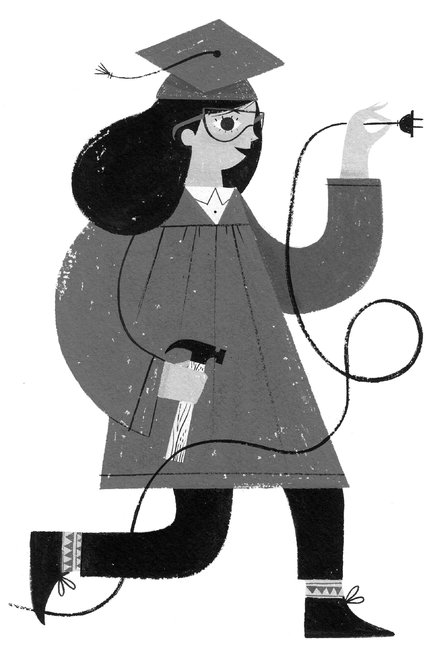 CANDIDATES from both parties have been talking a lot about the loss of American jobs, declining wages and the skyrocketing cost of college.

But missing from the debate is the fact that there are hundreds of thousands of “middle skill” jobs in the United States that are — or soon will be — going unfilled because of a dearth of qualified workers. Employers complain that electricians, pipe fitters, advanced manufacturing machinists, brick masons and radiology technicians are scarce. More than 600,000 jobs remain open in the manufacturing sector alone. These are jobs that provide a middle-class wage without a traditional four-year college degree.

American high schools once offered top-notch vocational and apprenticeship training, preparing young people for jobs like these. But over the last 70 years, our commitment to such education has waxed and waned, reflecting the country’s ambivalence about the role of school in preparing young people for employment and the value of blue-collar work itself. Progressives have argued that technical education tracks low-income and minority youths toward second-class citizenship; hence they often advocate “college for all.”

Over the past decade or so, however, there has been a move among educators and policy makers to reinvigorate vocational education, now rebranded as career and technical education. Some schools have been extraordinarily effective; others are struggling. If we are to offer young Americans options that are readily available to their counterparts in countries like Germany, we need to figure out what makes for success.

Pickens County Career and Technology Center in Liberty, S.C., is an example of a school that works. In the machine technology shop, students program computers to make plastic molds. In a commercial kitchen, aspiring chefs prepare multicourse meals. The school also offers training in health sciences, mechatronics, masonry, electrical work, carpentry, mechanical design and more. Many students spend half their day at their regular high school and half at the career center. According to the director, Ken Hitchcock, many come from low-income families in which neither parent has a college degree.

The center has an informal partnership with a group of local industry leaders, known as Manufacturers Caring for Pickens County. They help the guidance counselors understand exactly what each business needs, in order to better advise their students. Local companies like Cornell Dubilier and BMW have also helped the school by donating scrap steel, or old robots that they have phased out.

Mr. Hitchcock says that about 60 percent of graduates go on to local technical colleges, while 15 percent head off to four-year colleges, mostly in the health sciences. The rest get jobs, aided by the industry certificates they have earned.

The situation for students attending Automotive High School in Greenpoint, Brooklyn, is less encouraging. Until the 1980s, Automotive, a child of the New Deal, shone as a training ground for thousands of young people who would go on to become technicians in the auto industry.

But funding was cut in the 1990s, and the school was forced to jettison some of its shop classes and focus instead on preparation for Regents exams. It also did away with its entrance examination. With these changes came increasing numbers of students who had little interest in cars.

These troubles have led to a precipitous decline in enrollment, particularly among stronger students. Several industry supporters — some of which had donated funds and even vehicles in the past — walked away as well.

And yet dedicated teachers at Automotive are still keen on helping the students they have acquire the skills and industry certifications they need to get jobs. Teachers told us that graduates consistently find employment as mechanics for city fleets or in private auto repair shops.

Vocational programs face structural obstacles when the industries they train for hit a downturn, as automobile manufacturing did. But even those that are training for profitable industries have to contend with inadequate budgets that translate into obsolete equipment, insufficient support for teacher training in new technologies and inconsistent connections to industry, which render them less able to stay current with the skills in demand.