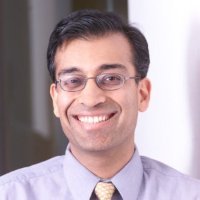 Earlier this week, Kaseya announced that Insight Venture Partners, a private equity investment firm in New York City, had made a significant investment

in the RMM for an undisclosed amount of cash. Aside from Kaseya being the third RMM to be acquired in the last month, behind Level Platforms and N-able, the company also announced that its CEO Gerald Blackie, and his co-founders, were stepping down to pursue other opportunities. Yogesh Gupta has been named the new President and CEO of Kaseya, effective immediately.

So who is Yogesh Gupta, and what is his experience as it relates to the SMB channel, and technology in general? In order to find that out, I spent a few moments with Gupta on the phone yesterday afternoon to get his take on the acquisition, his plans for Kaseya and his overall thoughts on where the SMB industry is going.

Speaking from the road as he visits several Kaseya offices this week, Gupta is likely known in tech circles for his time at Computer Associates as CTO, and as CEO of FatWire. If you remember, FatWire, was a Long Island, NY-based company that offered web content management system software until it was acquired by Oracle in 2011. Ironically, Gupta left FatWire after the acquisition to make room for a new CEO. He stayed on for a few months following the acquisition, but once the transitional measures were completed, he left to start the next chapter of his life.

So what has Gupta been doing since he left FatWire? He told me that he really has just spent the last year or so seeking out opportunities that he felt were the best fit on a long-term basis for him. He mentioned that when he heard about the Kaseya opportunity, he was very interested, especially because it would allow him to work within the SMB industry.

“After I let FatWire following the acquisition, I had been looking around for the next opportunity,” Gupta said. “I was attracted to Kaseya because it has built a tremendous management program for SMBs so that MSPs can use it to manage their customers. To me, this is a great next-generation of activity within that space. When you think about it, there are so many MSPs and SMBs who need these services, and now as a very large business with the right financial backing, we can do tremendous things.”

While Kaseya is known for its activities within SMB circles, Gupta said he was also interested in the position because he has always been on the enterprise side of things; not to mention that he is excited about the prospects of growth within the current SMB market. He also is no stranger to launching new products and initiatives, having launched CA’s billion-dollar Unicenter product for the enterprise market in the early 1990s.

Gupta is also no stranger to working with companies that have been bought and sold—he’s had the experience on both sides of the spectrum, first at CA when as CTO he helped to acquire more than 18 companies, then next when FatWire was acquired by Oracle. “I have been on both sides of the table,” he said. “So this is exciting to me because I get to run a business again, and that’s what I like doing…I look forward to helping Kaseya and its partners grow.”

Gupta says that as Kaseya's new CEO, his first order of business will be to meet and greet with partners and customers and to ease any fears or worries they might have regarding the acquisition. He said he understands the deep roots that both partners and customers grow with a vendor, and that like with any type of change, there will always be questions and feelings of: “What’s next?” Unlike the Solarwinds/N-able and AVG/LPI acquisitions, Kaseya was purchased by an investment firm, rather than a vendor. That being said, Gupta feels this is a different kind of acquisition, which will help partners and customers to grow even further now with additional resources and funding.

Even with these positive influences, Gupta, however, still recognizes that it is important to get in front of employees and partners to ease their minds. That’s why he will be visiting 7 Kaseya offices throughout the next several days. “Change always causes a bit of concern and sometimes that concern is valid, but in this case most of the concerns are unfounded, and there is no reason for MSPs to worry,” he reassured. “We will continue the business model we have followed, and the company, has for over the last two years, moved from a perpetual licensing model to subscription model--we will not be changing that.”

Gupta added that the Kaseya business model will remain the same for MSPs, however there will be changes in that products will be delivered at an even higher quality and quicker pace with more emphasis on customer support and service. “Anyone who has worked with me knows that I am a customer-centric person, and I expect to ensure that both MSPs and non-MSPs will receive the highest level of support going forward.”