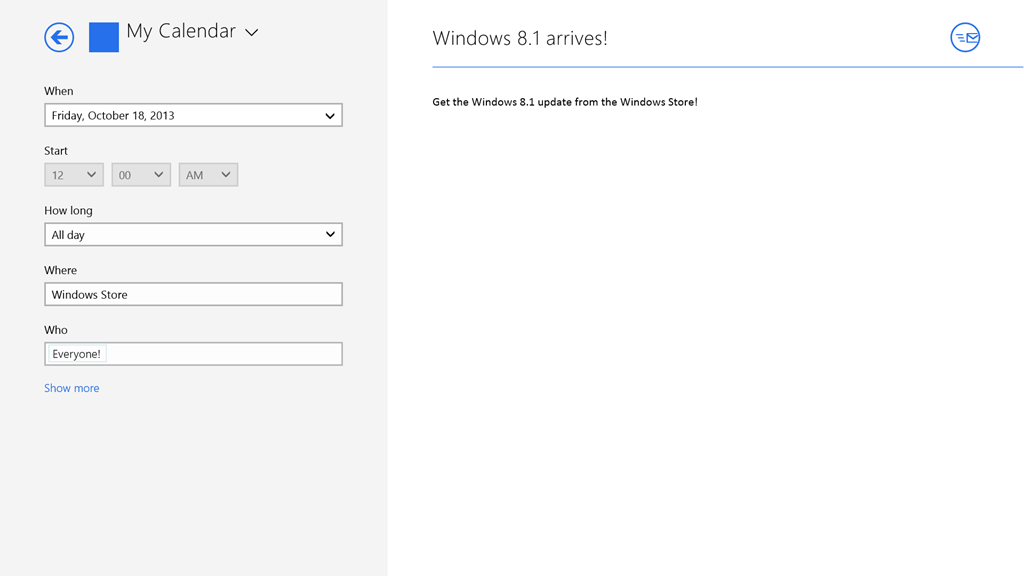 We heard today that Windows 8.1 will be released on the morning of October 18. We first reported that Microsoft was going to

release a Windows 8 update known as “Microsoft Windows Blue.” Then this past May, the company said it would be releasing an update known as Windows 8.1, which will be a free update to Windows 8 for consumers through the Windows Store.We were also alerted to this announcement by our friend and technology journalist Onoura Amobi, Editor of Windows8Update.com. He directed us to this blog post here, which discusses how “the first upgrade to Redmond’s flagship platform, Windows 8.1 is set to address many of the user complaints Microsoft has received regarding Windows 8.”

Microsoft’s Brandon LeBlanc also discusses what users will experience once the update goes live, stating how Windows 8.1 will “bring many improvements in areas like personalization, Internet Explorer 11, search which is powered by Bing, built-in apps including a few new ones, an improved Windows Store experience, and cloud connectivity with SkyDrive (and much more) that people will enjoy.”

In case you can’t wait until October, Microsoft is currently offering a free trial Windows 8.1 preview here for testing.