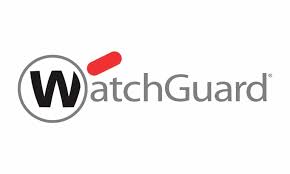 SEATTLE – March 28, 2018 – WatchGuard® Technologies, a leader in advanced network security solutions, today announced new research findings from its Internet Security Report for Q4 2017. Among the report’s most notable findings, threat intelligence from Firebox appliances protecting small and midsize businesses (SMBs) and distributed enterprises around the world showed that total malware attacks are up by 33 percent, and that cyber criminals are increasingly leveraging Microsoft Office documents to deliver malicious payloads. WatchGuard has also launched a new Threat Landscape data visualization tool, available for the public to access to daily updates about the most prevalent computer and network security threats affecting SMBs and distributed enterprises.

“After a full year of collecting and analyzing Firebox Feed data, we can clearly see that cyber criminals are continuing to leverage sophisticated, evasive attacks and resourceful malware delivery schemes to steal valuable data,” said Corey Nachreiner, chief technology officer at WatchGuard Technologies. “Although these criminal tactics may vary over time, we can be certain that this broad trend will persist, so the risks have never been greater for small and midsize organizations with less IT and security resources. We encourage businesses of all sizes to proactively mitigate these threats with layered security services, advanced malware protection, and employee education and training in security best practices.”

WatchGuard’s Internet Security Report provides a quarterly update on the most ubiquitous security threats targeting businesses today, as well key strategies they can use to protect employees, customers and stakeholders from data theft. The top takeaways from the Q4 2017 report include:

The full Internet Security Report features evaluations of the quarter’s most pervasive malware and network attacks, recommendations for useful defensive strategies in today’s threat landscape, and a detailed breakdown of “the Krack Attack” – one of the top information security issues in 2017.

Additionally, the report includes a new research project from the WatchGuard Threat Lab, which analyzes a database of more than 1 billion stolen password records to stress just how often users choose weak passwords and re-use credentials across multiple accounts. This quarter’s conclusions are based on anonymized Firebox Feed data from nearly 40,000 active WatchGuard Fireboxes worldwide, which blocked more than 30 million malware variants (783 per device) and 6.9 million network attacks (178 per device) in Q4 2017.

WatchGuard® Technologies, Inc. is a global leader in network security, secure Wi-Fi, and network intelligence products and services to more than 80,000 customers worldwide. The company’s mission is to make enterprise-grade security accessible to companies of all types and sizes through simplicity, making WatchGuard an ideal solution for distributed enterprises and SMBs. WatchGuard is headquartered in Seattle, Washington, with offices throughout North America, Europe, Asia Pacific, and Latin America. To learn more, visit WatchGuard.com.

For additional information, promotions and updates, follow WatchGuard on Twitter, @WatchGuard on Facebook, or on the LinkedIn Company page. Also, visit our InfoSec blog, Secplicity, for real-time information about the latest threats and how to cope with them at www.secplicity.org.