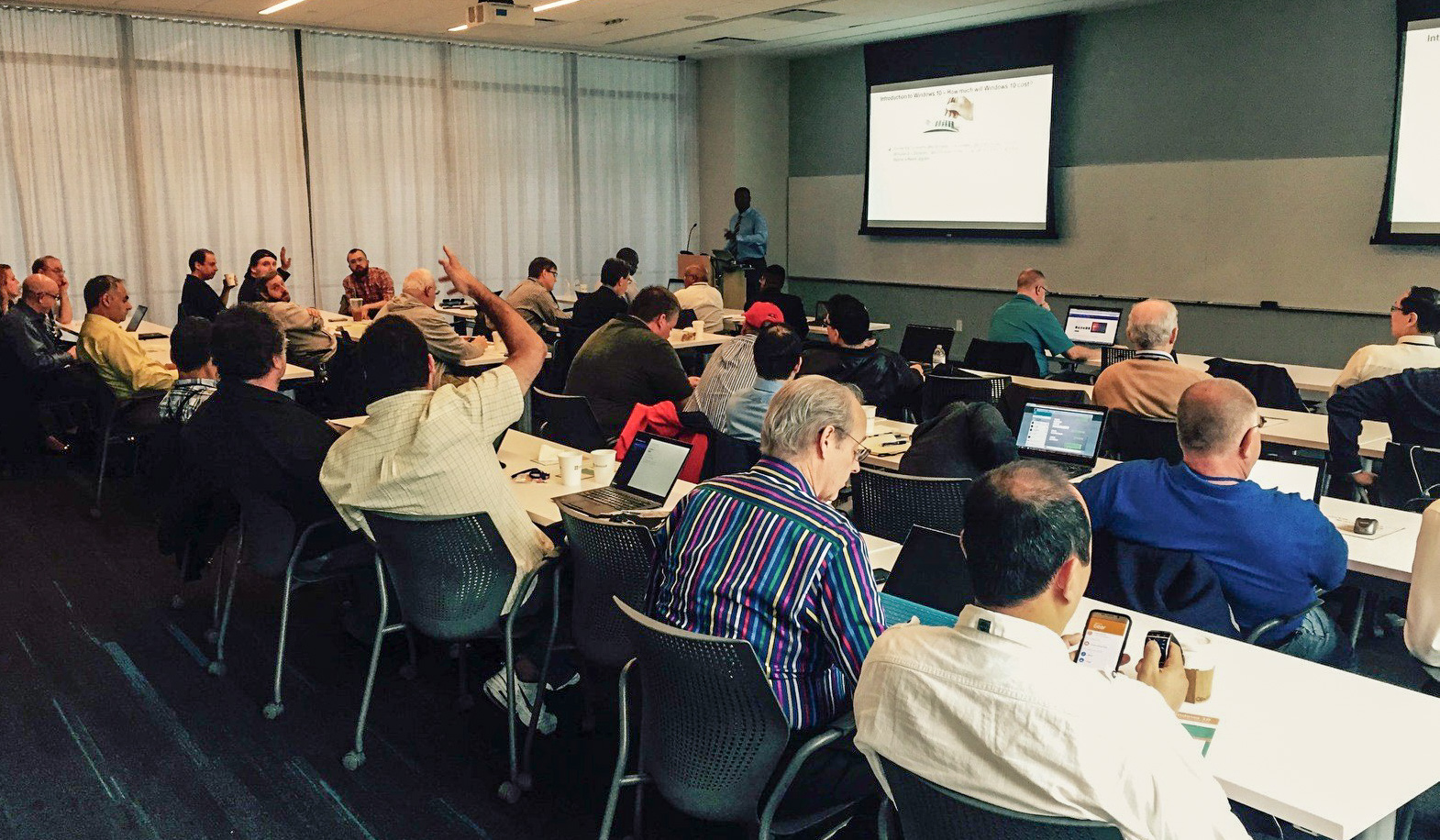 By Harry Brelsford, Founder and Chairman, SMB Nation and O365nation

here), the SMB Nation team was madly racing to launch our first Windows 10 workshop in New York City this past Tuesday. By any measure, it was a success as the goal for each city (five total in June) is to have 50 highly- qualified MSPs participate in a pilot program and focus group. The results will be used to craft Windows 10 strategy in Microsoft FY16 starting in July 2015. Our expert speaker, Onuora Amobi from Windows 10 Update is presenting in all cities and brings extensive knowledge to the table. Frankly, he knows more than you do about Windows 10.

The crowd of 51 sign-ups in NYC was enthusiastically engaged, to say the least. The conversations ranged from the technical dimensions to what I’d call the geopolitical debate of Microsoft not caring enough for the small partner. All of the feedback was noted and will be part of the final report for Microsoft.

Next up is Los Angeles, Calif., this coming TUESDAY June 9, so sign up here: http://www.o365nation.com/launched-independent-windows-10-preview-tour-set-to-visit-5-u-s-cities-this-june/

You should also check the dates for our workshops in Fort Lauderdale, Austin and Redmond. All of these occur in June 2015.