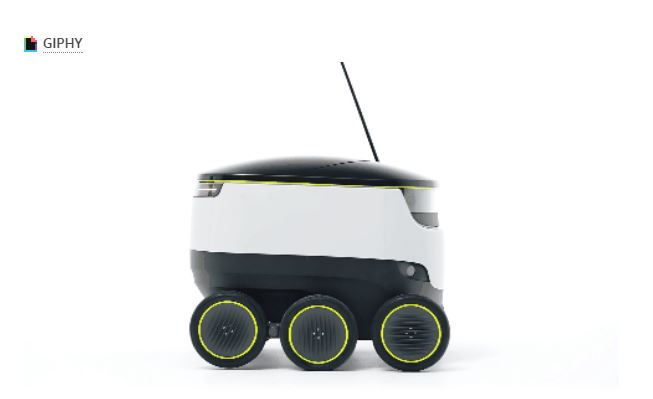 Will the Starship bot be the future of takeout?
By Cici Zhang  January 27, 2017

More feasible for large-scale rollouts than drones, these delivery bots are scheduled to have their American debut in Washington, D.C. and Redwood City, California in early February.
On test day, the Starship company will have an employee walking behind the bot—which is basically a secured container box rolling along at 4 mph—to deal with unexpected incidents and too-curious pedestrians, according to CNN Money. For the lucky crowds who are going to live-tweet this scene, the spectacle may bear resemblance to a parent following their toddler as it learns how to walk, the parent ready to save the little tyke from tripping and crying.