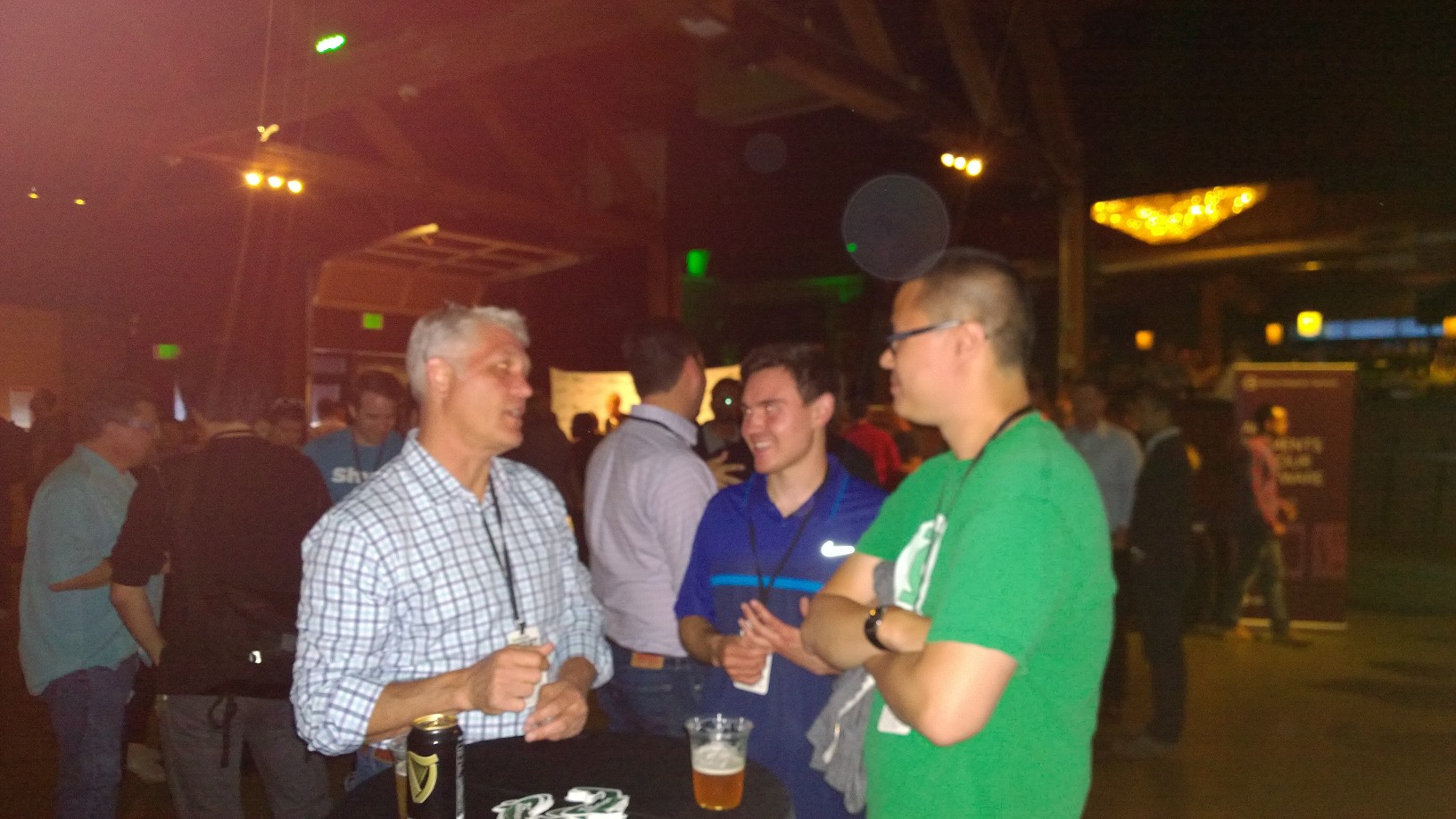 I never met a press pass I didn’t like. Such an award is a glitterati pass not open to all. I’ve done the US Open (last year at this time at Chambers Bay in the Seattle-area), an IoT conference, countless Microsoft Worldwide partner conferences (WCP) and many other events.

So I jumped at opportunity to attend the TechCrunch (TC) Seattle Meetup and Pitch-Off this past week. I wasn’t disappointed and I will repeat. I was impressed that TC could attract over 300+ attendees to this event (that’s hard – let me tell ya). Further I was impressed how extroverted everyone was. Folks walking up and striking up a start-up chat. For just an evening, Seattle lost its shy Scandinavian culture.

Let’s get specific. One intrepid entrepreneur, Bill Herling, introduced himself to the SMB Nation team at the event (myself and Tim Carlson). He is the founder and CEO of Dial which is a new video storytelling platform and a way to create and share interactive advertisements. Turns out Herling lives near our Bainbridge Island location and we intend to get together soon to discuss good business. First conversations will be about raising capital for his endeavor. In the pic, Herling is center and Tim Carlsen is left. What I liked about Herling’s moxie is that he attended as an “attendee” and was not one of the selected pitch-off start-ups who made a 60-sec “pitch” before the entire audience. Rather Herling engaged in “Hallway 101” working it ‘til it hurt. My kinda guy!

Finally, a comment on the format. After an arrivals period, the pitch-off competition commenced. Then the winners were announced. For the record – here are the start-ups that played in the pitch-off reindeer game:

The TC Meetup and Pitch-Off is a traveling roadshow. For example, it recently visited Austin as well. Next up is Tel Aviv and Berlin.