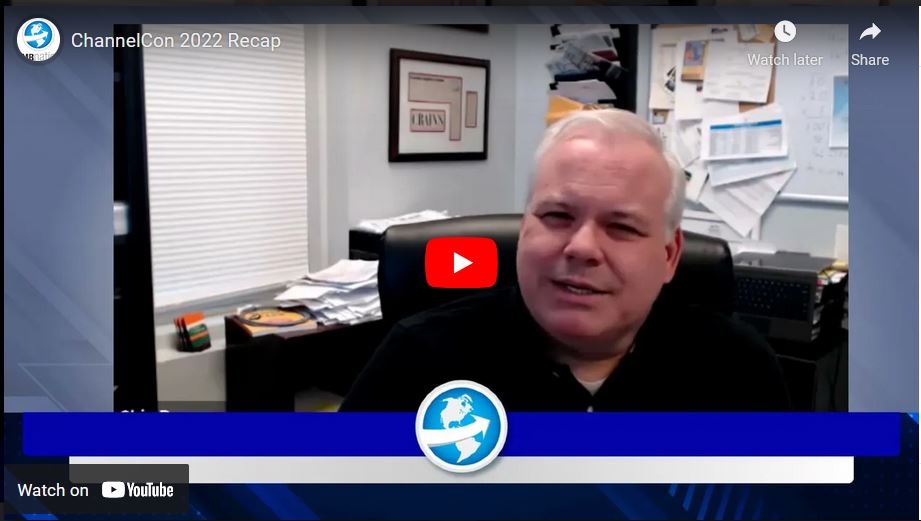 Most businesses today recognize the importance of continued education not only to keep up to date on product knowledge, but to maximize staff potential and keep your competitive edge in the marketplace.   As MSPs keeping current on the latest updates, patches, risks, and saving money techniques can be hard.

We meet up with Chip Reaves of Bigger Brains who shares with us what he is seeing in Q4 for training as well as some courses you should be aware of at Microsoft.

A nation nation back with a probably 20 year friend of the family Chip Reaves, we've done through a couple iterations. So for those that don't know you, what, what, what are you doing today? I know you're back in the franchise days, now you're doing online education. What's your company? What do you do?

Yeah, so I still call myself an IT consultant. But I got out of it really, officially, probably 2018 or So today, I run Bigger Brains. We're an online training company that helps MSPs sell online training to their clients.

All right. And, in prior talks, we've talked about how, and quite frankly, you you're a winner coming out of the pandemic, with the shift to online lifestyles, education, and so on. So we had that talk. But let's look forward. We're talking about the fourth quarter at 2021. What are you seeing in your realm? In terms of courseware? trends? What have

Yes, yeah, well, you know, I always want to start by saying it's interesting, but it's always interesting. Definitely, the big thing these days is Microsoft Teams, both from a training perspective, we have three Microsoft Teams courses now. And of course, they have to be updated constantly. Microsoft's always changing things, we update them as often as we can. But also delivery, Microsoft is going to have a big release later this month with their new Viva learning product, which is going to let people take training inside Microsoft Teams. Bigger brains will be a piece of that, but we won't be a direct piece of that some of their partners resell bigger range training. So if you're using Microsoft Viva learning and your client happens to have a contract with Open sesame, or a big library, or Cornerstone or one of those than the Bigger Brains content may be there, we're still trying to figure out what the play is for MSPs in that space, but definitely not just Microsoft Teams in terms of the online collaboration. But everything Microsoft's doing now is kind of focused on that end user experience, end user wellbeing and user professional development with the built in training. And so we're trying to figure out where bigger brains plays a role in that. Certainly our training libraries is hopefully going to be a big part of that with the Microsoft Teams courses. We just started today production on our office 2021 courses, which is still a thing and it was actually really interesting, because Microsoft released office 2021 yesterday as we're filming this,

I know and and almost nobody in the industry cared. It was it was fascinating, because you know, once upon a time a new version of Office XP comes out, that was a big thing. And you not that you necessarily upgrade right away, but figuring out what's there what the new features are, is it worth doing? And I remember, like you remember, Harry, I'm sure when when this switch started to happen, going to Office 365 there was a lot of pushback from people in the industry saying, you know, why am I going to pay a monthly fee? When I could just pay one time? Why do I have to keep paying you forever for a product and I could own it forever. And so we saw that kind of pushback, both in the channel and from the customer base. And now I saw because I was looking at it this week, I had to figure out where to buy a copy of office 2021. So we could use it in the filming this week. And that was actually kind of a challenge. But I saw the reverse, because I saw a lot of comments online for where Microsoft was promoting office 2021. And a lot of the pushback comments were, why should I care about upgrading when you know I can just have it upgraded automatically for me every month, you know, why should I pay you this big fee every few years, but I can just pay a small monthly fee all the time. So the tide is definitely long shifted towards the SaaS model and understandably so. But it's still good to have those milestone events so we can kind of you know, bookmark the time when Okay, now it's the 2021 office era. And here's the new stuff that Microsoft has with those and that sort of thing.

That's really interesting. So you can actually buy the office 2021 sku, the what we used to call the PID, you can you can't find a Circuit City to go in and buy a box copy anymore.

I tried didn't work. But you can you go online and you can buy from Microsoft com I'm told that I didn't have it ready the first half of the day yesterday. But there's other online resellers where you go and you pay your money, and you download a multi gigabyte ISO file, and you can do the install that way. So there is still that perpetual license product. Microsoft supports it, I believe, for five years now. But it's a one time purchase, you own it forever. And it does work with all the cloud services, it'll work with one drive, it'll work with OneDrive for Business, it'll work with SharePoint, but it doesn't have all the same features. It's missing some of the features that rely on the 365 platform, particularly the AI pieces, some of the design systems and things like that.

You know, I was in the meeting late yesterday. Then no names, please. But it was with someone I've known for quite some time in the SMB space. He's been a salesman in the ISP area and we're talking and he's still using Office 2013 on C drive. Right? So the skew right here. I said, You're kidding me? And he said, Well, you know, I decided to add, I don't want to pay a monthly fee and all that. And I said, Well, I, I'd like you to reconsider that because Chip, what I articulated or asserted was, the 365 version is more secure. So they're going to be able to keep it secure and patched, versus 13, the 2013 skew on C Drive, he may have some vulnerabilities that he doesn't even know about, is that is that reasonable to to sell into this SAS?

You know, a who knows what's reasonable, but but my understanding is that the the fixed products still get security updates, although those are a mixed bag. I had an interesting conversation this week, because we also resell our content through training companies who resell our courses. And I had to explain to one why she needed to update their version of our office 2016 training, because I kept saying you need the new version of our training. And she said, No, no, we have customers who need office 2016 they don't need office 2019. I said, No, I understand. So you have to realize is that Microsoft changed office 2016. Even if you bought the office 2016 product, there were some features that were added in there were some features that were removed during the lifecycle of the product. And certainly there's security changes that go along, you know, for a period of time. Now, having said that, with 2013 I would have to check the dates, but I think the 2013 version is now out of security update. So you're right that i don't i don't think that one's getting security update anymore. 2016 still in 2019 still is okay. 2010 is not 2013 is either right around the verge or right past the version. It's updates. Yeah. Hey, final, final thought windows elevens What's going on? what's what's your activity there? Does anybody care?

People care. We actually filmed our windows 11 course yesterday or two days ago, and we filmed our windows 11 course. So yeah, it's you know, I I've seen a lot of reviews of Windows 11 that described it as yawn and I don't necessarily disagree with that, you know, it's it's somebody else called it windows 10 with a new coat of paint. I you know, I can't disagree with that either. But you know, from an end user perspective, you know, that that's, that's the best division from an IT guy, right? From an end user perspective, when it looks different, it is different. And so they need some hand holding, they need to understand what they can and can't do. Can't customize the start menu as much as you used to, you know, there's, if you want the Tet the start menu back in the left side, then you've got to make that proactive change to move it out of the sounds and things like that, that users are going to care about. But other than that, so far, I haven't seen any big problems is not a Windows Vista kind of event. You know, it seems to be running fine and doesn't seem to add all that much new capability either. So you know, yawn.

Alright, we'll talk to you next quarter. Continued success.

Thank you so much area. Appreciate it. already.