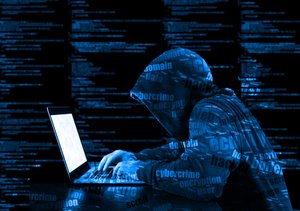 Cybercriminals are always on the hunt for targets to exploit and make an easy buck from them – and small businesses are not immune to this. Here are five types of cybersecurity breaches you need to try to prevent as well as prepare for.

Since cybercrime damages are expected to grow beyond $6 trillion per year by 2021, it is high time for small and midsize businesses to identify the cybersecurity concerns that are a threat to their existence and take the appropriate measures.

"Malware" is an umbrella term for malicious software that can infiltrate and compromise a system or an entire IT infrastructure. Hackers and other cybercriminals use a wide array of malware, with ransomware being the most common and effective.

Ransomware attacks infiltrate a target system and force-encrypt target files, documents or other sensitive material. To decrypt the content, users require a decryption key or a tool that only the hackers have access to. The hackers then ask the victim to pay the ransom to regain access to their files.

2017 saw a massive burst of ransomware attacks, the most prominent being WannaCry and NotPetya. The WannaCry attack affected hundreds of thousands of systems across the globe. In fact, the U.K. National Health Service had to turn down some routine checkups and essential appointments because of the attack.

What businesses can do to protect themselves against such attacks is update their systems, because most cyberattacks, like WannaCry, exploit a security vulnerability in the operating system. Moreover, businesses should install firewalls and antivirus or antimalware tools.

According to a 2016 Ponemon Institute survey of 874 insider attacks, 22 percent of those attacks were carried out by malicious users (employees). The same report mentioned that 56 percent of organizations reported data breaches at the hands of employees who were leaving the company or new employees.

Amongst other concerns, insider attacks remain most troubling for both large and small businesses. Employees with privileged access to sensitive data pose a bigger threat to a company than outsiders. Those who are terminated may also pose a threat to the company's data if they harbor ill feelings for the company.

What makes these attacks most damaging is that they may go unnoticed for years. After all, these attacks are often caused by people the company trusts, and it is relatively easy for such malicious users to cover their tracks when working from inside.

To reduce or avoid insider attacks, companies should keep a detailed record of the employees with privileged access to the data. The company should also terminate the access of users who have left the company.