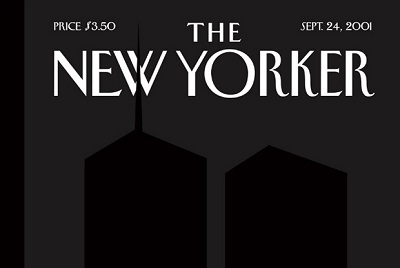 With all due respect and honor, it’s time to remember September 11, 2001 which was 15-years ago today. Everyone has a memory and we welcome your stories on our Facebook page.

Briefly, today is my birthday and it is the same day my father was born. In part, that’s why we shared the

same name (my father passed away about 13-years ago). So this date will forever be ingrained in our collective psyche because of the “9-11” tragedy. On that day, my own story is this. I was up early and making final preparations to fly from Seattle to Boston.

SMB Nation was representing Gateway Computers at an ITEC tradeshow the following day. I was “in the booth” lecturing on Small Business Server in mini-sessions on a three-month tour. For whatever reason, I had turned on the morning news and saw the early coverage moments after the first jetliner had hit the World Trade Center. I witnessed the second jet on live TV hitting the second tower.

After those moments, my memory is somewhat of a blur. Of course I did not fly to Boston that day on the Gateway Computers tour. I remember the TV channels only having news or going dark for several days. Like everyone, I had a range of feelings and emotions in the months that followed and I had heightened awareness of my surroundings as I was traveling by air frequently that Fall.

What’s your story? I’d love for you to share your memory as a sign of respect for the fallen. Thank you.