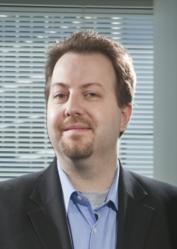 Yesterday I posted a blog based on a conversation I had with Michael George, CEO, Continuum, regarding AVG's acquisition of LPI. Today, in

the second part of this two-part article, we'll focus on a discussion I had with Dave Sobel (pictured), who is VP of LPI’s partner community, and whom I have known back from when he was on the other side, as the CEO of his own MSP firm Evolve Technologies.

About 18 months ago, Sobel sold his MSP to Network Depot, and took a position with LPI shortly afterwards. I asked him point blank, before any other question: Will things change now that AVG owns LPI? His response: “It is business as usual at LPI. Both organizationally and the processes here are unchanged, and we are not changing anything about who we are right now as LPI. That is the first part. It is business as usual…why would we launch a new version of Managed Workplace this week (LPI’s RMM tool) to partners, if we were going to make big changes?” he surmised.

Managed Workplace 13 was launched to partners this past weekend, and from what I have heard, it has been the highlight of LPI’s partner summit that’s ongoing this week in Las Vegas.

But that doesn’t mean that Sobel doesn’t understand how an acquisition like this could leave many questions and uncertainty for LPI’s MSPs. He told me, honestly, that change, no matter how you look at it, is always scary. “As Dave Sobel the former MSP, I am sympathetic to how our partners feel,” he said. “Change is scary, and you make a big investment in your RMM, and you want it to always be there, so I get where their fears come from.”

I also outright asked Sobel about Wensley’s departure, and how that might raise some eyebrows as it relates to the future of LPI’s partner program and other changes. “On Dan specifically, he had been with LPI since Peter (Sandiford) started the company, and he was incredibly successful,” Sobel said. “I probably work there because of my respect for Dan, and I am excited for his next opportunity. I don’t really know about the circumstances surrounding his departure, but what I do know, however, is that he was a highly respected executive, and when you have a moment, and an event like this, you always have to make a decision about your career. We are all tremendously grateful for what he brought to LPI, and he built an incredibly strong team with people like Rob Rae, who has been with LPI for six years and has since helped to craft such a fantastic partner development team.”

Sobel added that the acquisition also brings forth opportunity for executives from both companies to meld their expertise and strategies. “I have been with LPI for 18 months, and I am heavily invested in this company,” he said. “We are moving forward as a combined group with the current management team that’s in place.”

Sobel also said that it’s completely untrue that Wensley’s departure is an indicator that the LPI partner program is in jeopardy. “I don’t think anyone needs to read too much into what it means as to why Dan left LPI,” he said. “It’s moments like this, when people make adjustments in their careers. I sold my MSP because I wanted a change in direction for myself, I was ready to do something else, and I am really product of the fact that I decided to do something else with my life. It made me happy, and I made a decision that made me happy, and that’s what life is all about.”

According to Sobel, there is no reason for panic, because according to him, the acquisition was purely a channel move. “The AVG management team sees the values of our entire piece, and there is a big commitment to an open ecosystem, which will remain at LPI,” he furthered. “There is no immediate change to the product or the roadmap or the direction we are going, and we will continue to embrace the open ecosystem, which allows our partners to make their own choices about their organization.”

Like some of the partners I already spoke with, they are viewing the acquisition as a positive, not a negative, and Sobel hopes that this week’s partner conference will reiterate that to them as well. “What I am excited about is a lot of the roadmap we can accelerate, because we are now a larger organization, as a result of the AVG acquisition.”

Since Sobel is the advocate for LPI partners, and a large part of his job focuses on listening to their concerns, questions and issues they might be having, he outright addressed the concern I told him about in that some partners feel they might be “forced” to sell AVG’s products, and that LPI will move away from an open ecosystem culture. “I have never entirely understood how someone could be ‘forced’ to do something. That is just not good business,” he said. “We are fully committed to the open ecosystem and committed to partner success in the same way, and the value we brought to the channel, and as part of AVG that is the value we are going to continue to bring as a larger organization.”

Even though George and Sobel both work for competing RMMs, at the end of the day, it’s really all about gaining market share, and providing the best services for your respective partner bases. While some companies might, of course, take the opportunity to lure away some of LPI’s partners in a moment of panic, much as probably what happened following the SolarWinds acquisition of N-able, it really amounts to who is going to provide the best service that best fits that specific partner’s needs.

As both George and Sobel surmised, there are good competitors, and bad competitors in the RMM market. “Continuum is a good competitor that keeps us on our toes, and I embrace that for what it does for us,” Sobel told me. “If you have great competitors, then that’s going to spur creative thinking.”

George offered his own sentiments regarding LPI, as a company, and for Peter Sandiford as well. “Peter, in my opinion, and from Continuum’s perspective, has been a visionary in this market,” George said. “Level is a friendly company channel-wise, and they have done a great job and have always operated as a good competitor and a professional organization.”