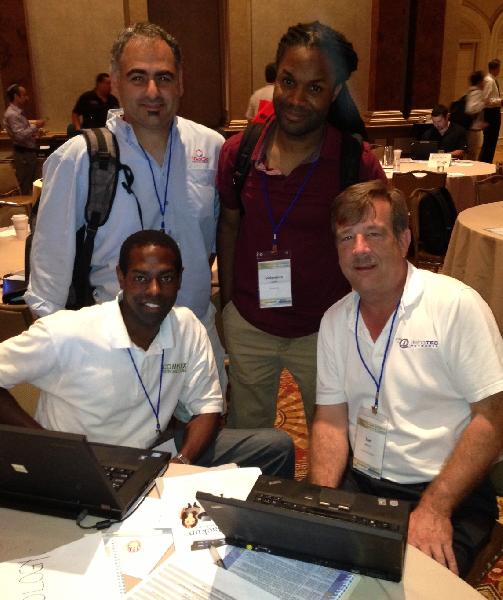 Held at Caesar’s (no, not where the real Caesar lived), the event attracted a healthy mix of MSPs, VARs, vendors and distributors. I even managed to reconnect with a friend that I have known since first grade, who coincidently was attending with her husband, Joseph Fulgieri, a Long Island-based VAR.

The event kicked off with a well-attended welcome reception last evening, and the day’s event, while still continuing began at 7:45 am sharp with Jerry Koutavas, ASCII’s President, discussing how attendees can stay relevant by branding and marketing themselves as IT experts. Gil Cargill also presented to the audience on prospect pitching and how to win customers without showing technology. Cargill, who is a consultant based in Marina Del Ray, CA, spoke to the audience about how to best-generate leads and referrals that will turn into actual customers—something that is always top of mind for this audience.

We also heard from Shannon Kohn, who recently moved over to LogMeIn from Datto. Kohn spoke to attendees about the future of our industry, and specifically how the MSP of tomorrow will enable the user, as well as delivering exceptional managed services.

Rob Rae, who recently left Level Platforms for Kohn’s former company, Datto, attended the event for the first time ever in his role as the newly created position of VP of Business Development for Datto…it was literally his second day on the job. For more on Rae, and his take on his new role with Datto, stay tuned for a Q&A interview I conducted with him earlier today…his first one since joining his new company!

I also had the chance to briefly chat with Michael George, CEO, Continuum, who presented to the audience on how to grow revenue while decreasing costs. George also discussed the company’s recently established NOC based in Mumbai, and the company’s service desk, which operates out of Pittsburgh, PA. He even touched on how the company has changed and reinvented itself, since acquiring certain assets of Zenith Infotech two years ago, and rebranding itself from Zenith RMM to Continuum. “We have revamped this company in every way,” George stressed to attendees.

The morning sessions also included a Profit Pitch exercise in which attendees broke up into groups and had to plan out and perform a skit a la Saturday Night Live, highlighting a specific vendor’s services and the message behind the company. The four vendors portrayed were Autotask, 4MedApproved, eFolder and WatchGuard. As one of the judges (along with Gil Cargill and ChannelPro’s Michael Siggins), we chose the 4MedApproved group as the winner.