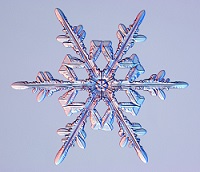 This was a softball (errr…snowball) if there ever was one. Long-time SMB Nation friend Ken Thoreson posted up a joke early today from

his mid-Atlantic residence about the Polar Vortex engulfing much of the eastern US. It’s cold out there, and Ken says: “it’s a good week to make cold calls”. I couldn’t let that one slide by without a reply.

On the surface, it’s a good joke, but go one layer deeper and it begs the question of what exactly are you going to do if trapped inside your home due to winter weather? This might be the case for mobility and cloud computing for the IT Pro. With cloud-based CRM and PSA solutions, you can easily work on your mobile device anywhere. And a phone is a phone. Pick it up and call your snowbound customers ‘cause they don’t have anything else to do but take your call. I’d suggest it’s akin to a “where were you?” moment in your life. By calling prospects and customers now, you’ll create a living history where you can reflect in the future that you were “there” in the Great Polar Vortex of 2014.

That type of climatic outreach creates bonding that allows you to transcend traditional business-only relationships. In this social media 7x24 world, you need to connect at a deeper-level.

In other news, SMB IT Pro Jay Tipton reports he’d get a ticket if he tried to drive into his office on Indiana roads which are now closed. SMB IT Pro Kimberly West wonders aloud what the fuss is in Atlanta where schools are closed but conditions are mild. Scott Barlow. from the popular SMB vendor Reflexion, noted that it’s 50+ degrees Farenheight and doesn’t believe the cold is nearing his hometown of Boston.

It is important to note that we as IT Professionals occupy both sides of this calling equation. Not only should we be actively calling, (cold calls included), we should be answering the phone. Check out Frank Gurnee's blog from early in 2014 that covers the importance of picking up the phone more in 2014. It's a great New Year's Resolution to help you stay on top of every opportunity!