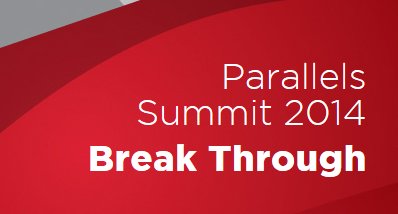 Wednesday marked the final day of the Parallels summit, and I wanted to take some time to not only give a quick summary

of that morning’s keynote from Arconis CEO, Serguei Beloussov, but to also cover Parallels’ company announcements.

I’ll begin with the newsParallelsreleased earlier this week in the form of a press release. Parallels announced that it has completely redesigned its Parallels Cloud University, an online (browser-based) training program for business and technical roles in service providers’ companies. According to Parallels, this training allows service provider partners to quickly onboard new employees.

On the purely technical front, the company announced the debut of Parallels Plesk 12, which now features support for WordPress installations and management. As many of you have read, WordPress is quickly becoming the business owner’s website platform of choice, and Parallels Plesk has been updated to provide a better level of security for these installations, including any site plugins.

Additionally, the company announced partnerships with Microsoft, Flexiant and IDSync. On the Microsoft side, Parallels has enabled users of its Parallels Automation solution to deploy the Windows Azure Pack service, including the ability to offer hosted databases with virtual networks, IaaS, high-density scalable web sites, as well as an enterprise service bus, via its APS. I spoke with two Parallels representatives about this particular partnership, and they explained to me that the provisioning is seamless for the end-user, and that the Parallels Automation with APS 2 is currently the leading platform for delivering IaaS solultions.

To read more of the official press release, check out Parallels’ sitehere.

I’ll round out my coverage of the Parallels Summit 2014 with some insights gleaned from Wednesday morning’s first keynote session, presented by Serguei Beloussov. Beloussov, CEO of Arconis, was actually one of the founders of Parallels, and has been in the IT field for many years. He began his presentation with the statement “The Cloud is Dead, Long Live the Cloud.” By this, he means that the name “Cloud” is being, in his opinion, erroneously assigned to services that were already in use. According to Beloussov: “Everything IT is Cloud now; the line between on-prem and cloud is rapidly disappearing.”

Beloussov then gave the key trends to watch in the years to come:

All in all, I had a great time listening to the presentations and speaking with representatives from a variety of organizations at the Parallels Summit. I look forward to watching these trends (maybe less so the Quantum tech on our sites!), and I hope you’ve enjoyed this year’s coverage.