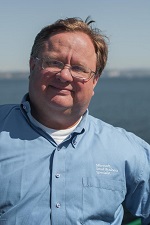 HP is capitalizing on the chaos in the server market right now with its new Smart Choice campaign. It’s aimed at educating and

encouraging HP partners to sell into IBM server-side accounts. Why? Earlier this year, IBM stated its intentions to leave the server market. This follows its departure from the PC market in the 2005/6 time frame. It’s part of IBM’s reboot to become a cloud and services company. One man’s loss (IBM) and another man’s gain ((HP).

When I spoke recently with Chuck Smith, vice president of strategic growth and business development for HP Servers, he shared that the new Smart Choice campaign is to enable HP partners to go out and capitalize on server opportunities. Basically Smart Choice is a program (it’s not a “product”) that provided turnkey support for HP partners to confidently acquire more server customers. Its emphasis today is grabbing market share as IBM customers will reasonably be asking tough strategic questions like “what now?” Smith reported over 600 wins so far this year, proving there is some “there there.”

I liken the Smart Choice campaign to the server reseller kit a few years back called “Mission Possible.” Mission Possible bundled resources into an attractive “suit case” that was made to look and have you feel like a secret agent. It was cool and innovative. And I’m glad to see that HP is back in a similar vein with its new Smart Choice campaign.