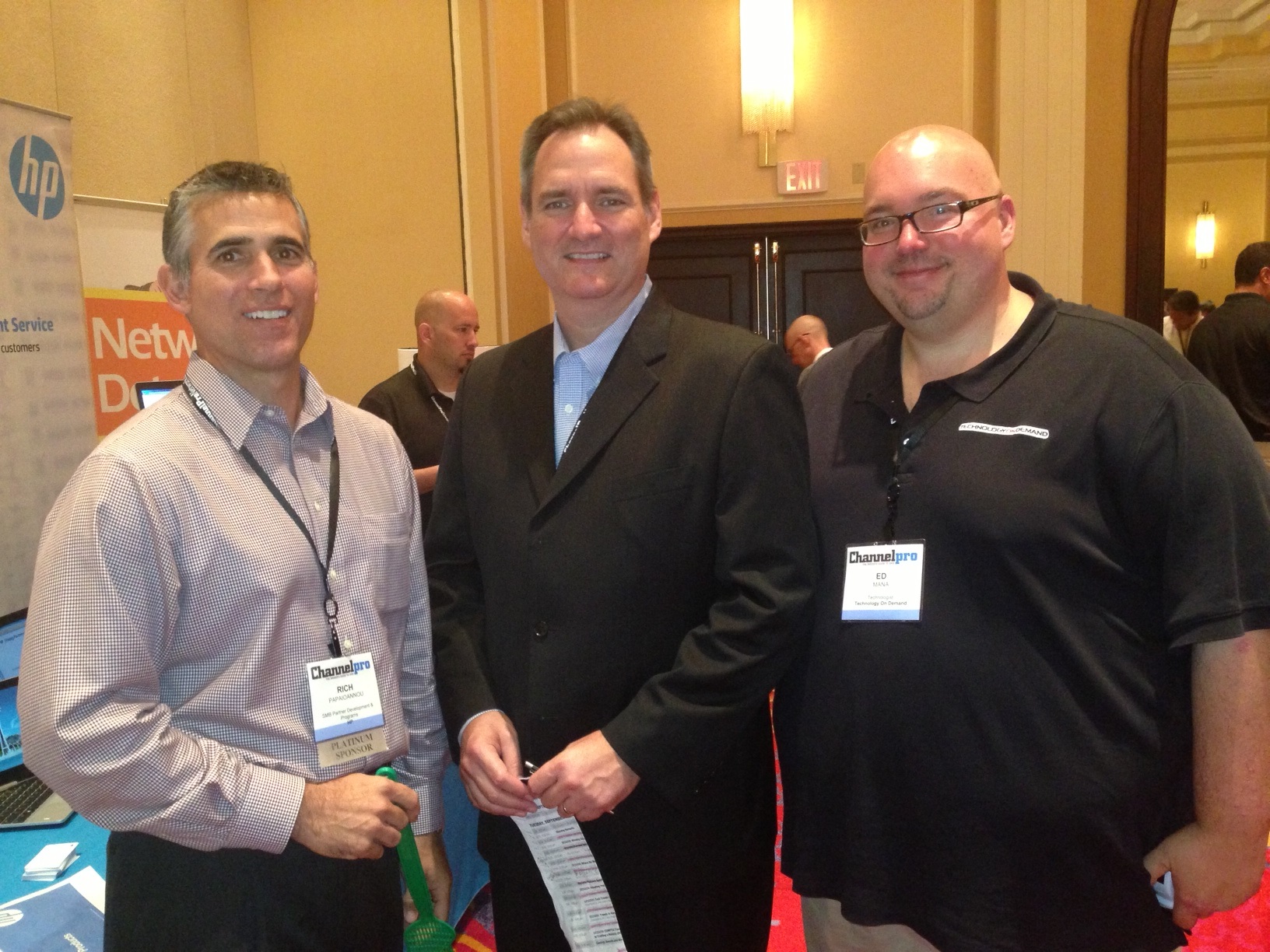 Right now, as we speak, I am live and on site at the ChannelPRO SMB Forum event in New Jersey. If you remember,

the group hosted its spring event this past April in California, which Harrybbb attended.

Pictured (L to R): Rich Papaioannou of HP, Michael Siggins of ChannelPro, and Ed Mana of Technology on Demand, on the show floor at today's ChannelPro event in New Jersey.

Held at the Renaissance Hotel in Iselin, NJ, the day kicked off bright and early with a panel on Winning Sales and Marketing Strategies. Following this discussion was a panel on mobility, followed by a cloud panel featuring, two of our SMB Nation tribal members, Karl Palachuk of Great Little Book Publishing, and Dave Seibert of SMB Technology Network (SMBTN). I even had the honor of having my photo with “MyTiePalachuk,” which I was told will be posted at some point by Karl on the tie’s own Facebook page!

Exhibit hall time was earlier this afternoon during lunch, and I managed to make my way into the main hall to meet and greet with our community peeps, as well as hold down the fort at the SMB Nation booth where I was busy promoting our Fall Conference set for next month, and our newest business entity known as SMB Nation Peer Groups, led By Josh Peterson of Bering McKinley.

It was great to meet up with my industry member friends that I always enjoy seeing, such as Ted Roller and Shannon Kohn of LogMeIn, Jan Spring of eFolder, Jackie Paralis of OKI Data Americas, Amy Luby of MailProtector, Jeff Dryall and Tony Francisco from VAR Dynamics, Rich Papaioannou of HP, and of course Ed Mana from Technology on Demand.

Hats off to Michael, Joel, Cecilia, and the entire ChannelPro gang on putting on a solid event!