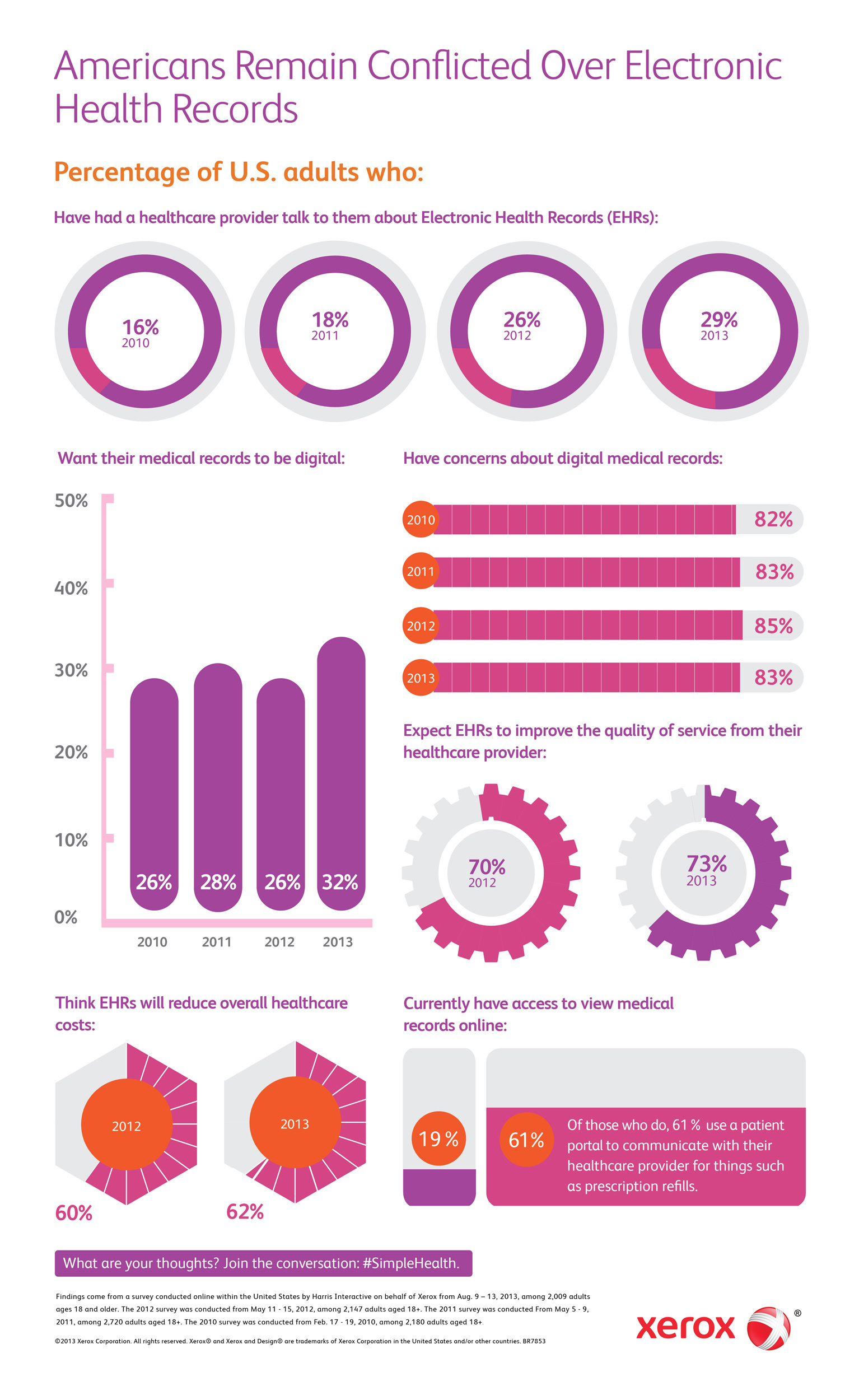 With the first day of enrollment for ObamaCare kicking off today, it’s only fitting that a recent Xerox survey revealed that even though

more healthcare providers continue to adopt Electronic Health Records (EHR), there is still a need for doctors to educate consumers about digital medical records to comply with upcoming federal mandates.

Xerox’s fourth annual EHR survey of 2,009 U.S. adults revealed that only 29 percent of those who have a doctor have been informed their medical records will be converted to digital format. While this shows a 13-point improvement from four years ago, the survey results continued to show that the majority of Americans (83 percent) have concerns, such as security, about EHRs and less than one-third (32 percent) want their medical records to be digital (compared to 82 percent and 26 percent in 2010, respectively).

Healthcare providers seeking to earn Meaningful Use Stage 2 incentives, which first become available for hospitals on Oct. 1, will have one year to make patients’ medical records available via online portals and must have 5 percent of their patients actually access the data. Currently, only 19 percent of the U.S. adults surveyed have access to their medical records online.

“The juxtaposition here is that since the HITECH Act became law four years ago, healthcare providers have made tremendous strides in adopting EHRs, but there has been little to no change in Americans’ acceptance of digital medical records,” said Charles Fred, president of healthcare provider solutions at Xerox. “Patients will soon have more access to their personal health information than ever before, but they need to be educated by providers on how this will empower them to take charge of their own care.”

Despite continued resistance and slow progress, the survey said that Americans do see some benefits of EHRs, with 62 percent agreeing that they will reduce overall healthcare costs and 73 percent believing that EHRs will improve the quality of service they receive from their healthcare provider, respectively up 2 percent and 3 percent from last year.