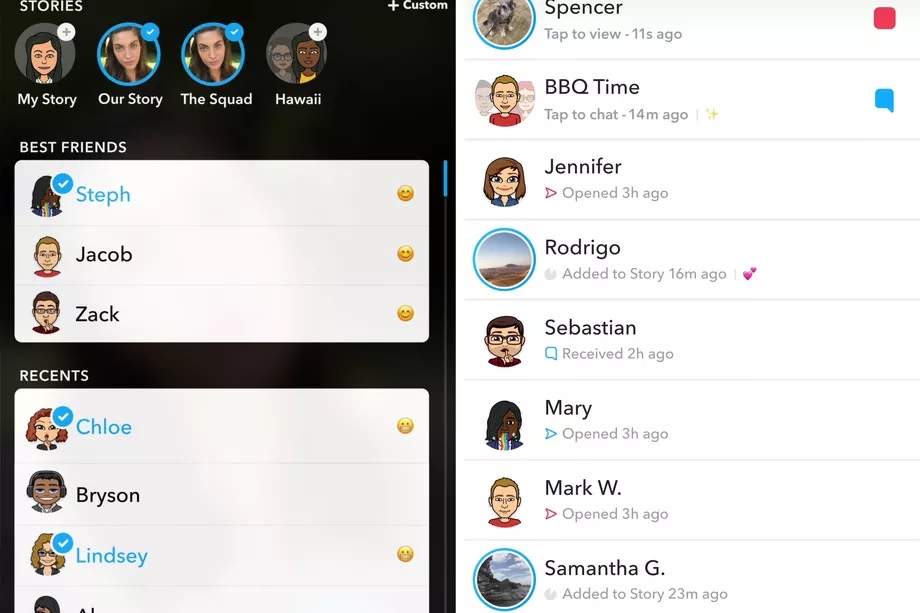 Snap today introduced a redesign of its flagship app intended to promote more intimate sharing among friend groups while pushing professionally produced content into a separate feed. The redesigned Snapchat includes a new dynamic friends page that incorporates both chat messages and ephemeral stories, and pushes items from your close friends to the top of the feed for the first time. It will begin appearing later this week for a small test group, and is expected to roll out more broadly in coming weeks.

The move comes at a time when Snap is under mounting pressure to grow its stagnant user base. The core idea in the new Snapchat is to put your friends on one side of the app, and brands on the other. In the center is Snap camera, which will remain the app’s home screen. (It produces 3.5 billion snaps a day, the company says.) The left side of the app is now for sharing and discussing, while the right side is for searching and consuming.

The idea is not completely new. The left side of the app has always been for chats with friends, and the right side has always been for brands. But before now, stories — the ephemeral, public photo and video posts that disappear after 24 hours — have been housed in their own tab to the right of the camera screen. The stories tab blended content from friends and brands, to sometimes confusing effect.

“Until now, social media has always mixed photos and videos from your friends with content from publishers and creators,” the company said in a blog post. “While blurring the lines between professional content creators and your friends has been an interesting internet experiment, it has also produced some strange side-effects (like fake news) and made us feel like we have to perform for our friends rather than just express ourselves.”