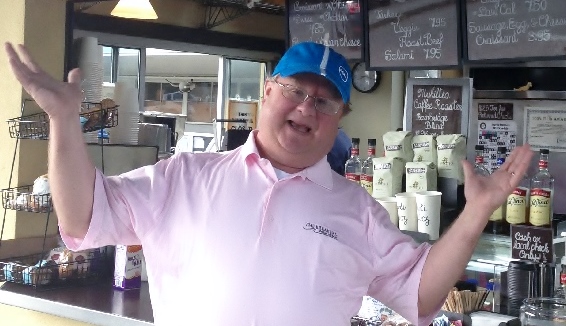 You and I have chosen a “geek life,” and we must live with the consequences. That means the SMB landscape changes

very fast and can surprise even ardent analysts, much less day-to-day practitioners. Almost in a stealth mode, Dell has acquired several capable SMB players as it works to build a comprehensive solutions portfolio.

I’m going to key in on item three above and specifically the SonicWALL, AppAssure and Quest Software acquisitions. I truly feel these three companies are arming Dell to win the hearts and minds of the SMB geeks! SonicWall is a well-known security company that enjoyed huge success in the SMB community with its outreach to SBS user groups, SMB IT Pro organizations and the SMB Technology Network (SMBTN) trade association. In the mid-2000s, SonicWALL was working with several California thought leaders and Microsoft MVPs to have technical training sessions such as some Saturday workshops. AppAssure participated in several SMB Nation events as a stand-alone company where it received a warm reception. But I can’t say that it had the same “individual personalities” as some of the other BDR vendors, and I believe it’s better together with Dell as a SMB portfolio component rather than a stand-alone company.

And then there is Quest Software. Quest burst onto the SMB scene enjoying rapid success with PacketTrap, an RMM tool. It also offered a PSA tool named Blue River, which was just gaining notice when it was acquired by Dell on September 28, 2012 (right before last year’s SMB Nation Fall Conference). Quest was on its way to SMB community greatness as a stand-alone company. But as part of the acquisition by Dell, I learned that Quest Software was much larger than met the eye. It was frequently mentioned on the CNBC network during the during the Dell merger period. That’s the big league folks!

So what does all of this mean for Dell? Dell is invoking the great circle strategy to build an unmatched comprehensive SMB solutions portfolio that has partner-facing success pathways. These pathways include:

If you want to learn more about Dell’s SMB strategy, watch the Dell keynote from the recent SMB Nation Spring Conference here: http://youtu.be/yVqU10se5pI.