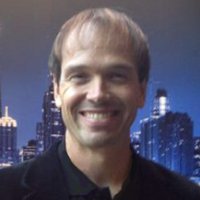 Who better than Eric Townsend (pictured) to offer observations on the Windows XP migration matter? Widely recognized as the busiest man in the

channel, his professional life mirrors that of the George Clooney character who travels 1 million+ miles in the movie “Up in the Air”! Even with his super busy schedule, we were able to corner Townsend earlier this week for a wide-ranging conversation about April 8, 2014 and the Windows XP migration matter.

Townsend is Intel Corporation’s Director of SMB and MSP Marketing for the Americas but he’s not your normal “suit and tie” persona that’s enjoying renewed vigor with Justin Timberlake’s hit song, “Suit & Tie”. Rather, Townsend fits the Silicon Valley “hip and cool” look and feel. More importantly, he works the floor at events from early until later talking with the “working man.” Because of that, he knows a lot.

“There are really two leading conversations when I think of Windows XP migrations,” Townsend offered. First is the Total Cost of Ownership (TCO), and the second is security. When I think of XP versus Windows 8.x, there are dramatic differences.” Townsend observed:

· Total cost of ownership goes down with Windows 8.x. Support costs are 5X with XP compared with Windows 8. That’s for an end customer and a partner supporting them.

· Related to TCO is increased productivity: There is 1.8x user productivity costs higher with a Windows XP machine.

When it comes to security, Townsend shared that Window XP machines are 21x more likely than Windows 8.x to be infected by malware. The security conversation allowed me to pivot the conversation to discuss improvements in VPro. Most of us know that VPro facilitates remote system management. But it’s really a solution supporting Intel’s pillar messages of Active Management, Security and Virtualization. “Think of VPro as providing built-in security from a hardware perspective,” Townsend said. (That was an important point, because I’m a Seattle software guy and have to constantly be reminded about the importance of hardware.) “With the new Haswell processor, we will update the firmware and that includes VPro.”

My independent research can connect the security dots between Windows XP, Haswell and VPro. The next generation chip set, with hardware-level security improvements, won’t support Windows XP. This isn’t marketing hooey but rather an engineering decision at the building blocks level.

So what’s the bottom line on Townsend’s scorecard this year? In his own words: "Help partners get more value to customers.”