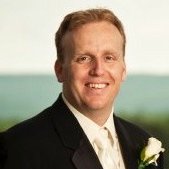 into every corner of the tech industry, including telephony. Hosted PBX deployments are all the rage. The perception in the market is that everyone is running to vendors as fast as possible and putting their Unified Communications (UC) phone systems in the cloud. So does that mean that the premises-based PBX model is dead? Assuming the demise of the on-site PBX may be a reach.

It’s absolutely true that the adoption of cloud is growing, particularly in the U.S. The cloud UC services market, according to IDC, is about $84 million a quarter, and growing. Synergy Research Group also states that the number of Unified Communications as a service (UCaaS) subscribers tripled between Q1 2010 and Q1 2013. To think that the cloud-based PBX market is nothing more than a passing fad would also be inaccurate.

Where does this leave the cloud verses premises debate? Will cloud completely prevail? Will we soon live in a world without PBX servers in closets? Not so fast. As is true in most cases, and in most markets, the decision depends on your customers’ needs. In fact, here are four factors to consider that could prompt customers to lean towards a premises-based model today:

· Call Quality is a Priority: Although call quality on hosted deployments have improved, perception of subpar call quality is still prevalent in the industry. This is mostly attributed to installation and configuration issues such as inadequate Internet connections, poor quality phones and outdated network infrastructure. Each of these issues is more easily resolved in a premises-based system.

· Advanced Features: Some customers have very specific and sophisticated needs, especially when it involves call centers. Hosted systems do not usually have the advanced feature sets to accommodate the robust needs of a call center environment. Call recording, for example, is a specific feature that many hosted solution providers leave out completely; or the hosted provider lacks the necessary storage and delivery methods of those records.

· Advanced Integrations: Many premises-based systems allow for advanced integration with third-party applications such as CRMs, ERPs, and more. This level of integration allows organizations the ability to pull up customer records and other pertinent information on incoming calls.

· Customization: Similar to the benefits of advanced integrations, there are many companies that also want the advantages of having full control of their phone system and to customize it however they see fit. Unlike most hosted offerings, premises-based systems have robust administrative interfaces to allow for this kind of customization - and some on-site systems even give command line access.

There’s little doubt that cloud offerings in the UCaaS market is a fast-moving trend in the communications industry and will likely continue to grow for years to come. The increasingly robust cloud solutions require little or no customer-side maintenance and that will always be an advantage. The ideal solution, of course, is when one vendor can offer a feature-rich UC phone system, that’s built on a software platform that can be delivered in a cloud offering or a premises-based offering with the same features and functionality. This allows the customer to migrate between the cloud and premises and to scale with business growth needs or to provide a seamless hybrid solution where needed. That is truly the best of both worlds.

However, at the end of the day, the popularity of the cloud has not changed the fact that there are still many seats at the table for our tried and true premises-based PBX friends.