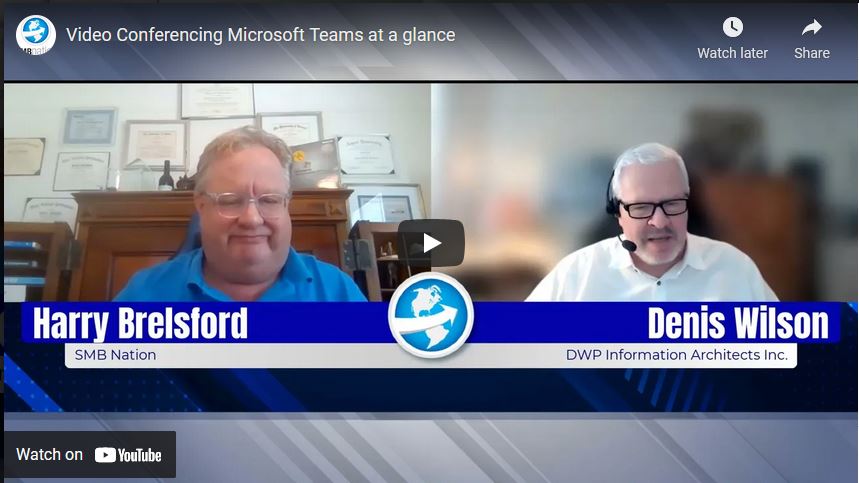 During the pandemic PC sales posted their fastest growth in 20 years, as the world prepared for remote work and learning.  Although the PC sales spiked in Q1 2021, Q1 2022 global PC shipments is down according to Gartner.  announced that “it estimates that PC shipments decreased 7.3% on an annual basis to 77.5 million units.”

Harry Brelsford of SMB Nation meets with Denis Wilson of DWP information Architects on what the drop in PC sales means for MSPs.

Hey nation nation. We're back with Dennis Wilson. Dennis with one and how you doing? I'd love that. Very

So you've been doing a little research as usual, you have some visibility in the PC sales in the pandemic.

Yeah. I saw recently a, a forecast from both Gartner and from kenosis Canalis. I think it's the way it said. And there was a little concern on my part, because although Gartner had said that that PC sales overall were up 10% In the last year, and that's certainly great, because we've had, we've seen nothing but flat sales coming out of out of PCs for several years now. They were also concerned that the fourth quarter showed a drop off from the from the high flying earlier, three quarters. And so they said that that might show show a drop in overall sales for the MSPs coming. But analysis says that 2022 should be another record year. And yet, you know, and if they're right, hey, great. Both these guys have good records. But the trend is a bit worrisome. Because the SMBs both of you, both of these said that they SMBs are going to be taking a bit of a wait and see attitude. Because you throw together these sales in with war going on in Ukraine. And, and inflation. And, you know, I think the SMB is going to sit on the sidelines and say, I'm not sure where I'm going to spend my money this year.

Yeah, I I tend to agree with you. Um, you know, that when there's economic uncertainty, I mean, I certainly behave that way. Right? There's, there's two, I'd like to stretch a little bit and by like, I want to get a friend of mines into drones. And, you know, he could put me in, you know, the drone of drone for $1,000. Right. And I mean, you know, the photography and all that. I don't need that, Dennis, I don't need that right. Now. I want that. It's just the uncertainty, you know, the $1,000, I probably need to use keep it in the business and go to some of the events that are relevant for me, right, in some basic airfare hotels, typically about about a grand to go to unites and do the due. So I I tend to behave the same way. Well, no, I appreciate the insights. And, you know, it was interesting. The The only other thing I would say is, I've been helping a client in Austin in the data center space. And in the pandemic we saw, like everybody, just this huge surge of the purchase of laptops, right, because the data center, there was a spin chef, it went from data center to laptops, in a big way. Yeah. And I think that's still playing out a little bit. All right, my friend. We'll we'll catch you on the flip side. Thanks for hanging in there with us. Look forward to talking to you soon. All right.