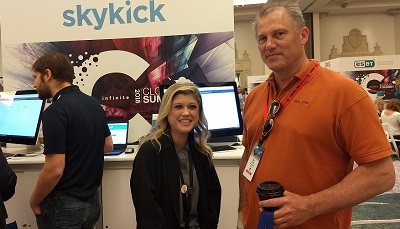 Talk about a working vacation, I have returned well-rested and intellectually nourished from the just completed Ingram Cloud Summit held at an iconic, old-school Florida hotel (Boca Resort). In my earlier blog, I spoke toward CloudBlue, a new platform announced by Ingram Micro and Microsoft.
But there were other nuggets at this event.

Here is my take.
1. SkyKick $40m Raise. Wow – that was a surprise. As I was monitoring Seattle-based GeekWire, a story broke that migration and backup ISV SkyKick closed on a $40-million investor round. It brings its

total investor capital raised to $65-million. In speaking with SkyKick executives and others, it will fuel hiring and expansion. Forecast: I’d expect to see an acquisition or two with that many shekels (as my friend Herb Siegel likes to say).

Lauren Wood (SkyKick) with a partner.

2. Women in Technology. I attended a pre-conference afternoon panel about Women in Technology. As I like to do, I asked one question. While most of the women leaders on stage were from the corporate world, there was one like-minded SMB entrepreneur (Dao Jensen, Kaizen Tech Partners) who spoke towards feeling challenged as a woman geek in high school. I asked her about the findings in a popular book “The Confidence Code: The Science and Art of Self-Assurance---What Women Should Know” (Shipman and Kay) wherein as young people transition from tweens to teens, men become overconfident and women have a drop in confidence. Dao and the other panelists affirmed that inflection point in life and offered sage advice, experience, etc. Bottom line. A recognition that we all need to work on inspiring confidence in women. 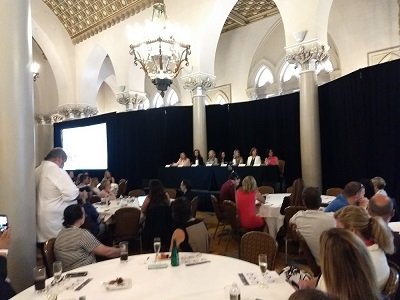 The Women in Technology panel

3. IAMCP Expanding. I’m a fan of the International Association of Microsoft Channel Partners (IAMCP) monthly lunch meeting in Seattle that I attend regularly plus its annual presence at the Microsoft Inspire partner conference. I wasn’t used to seeing IAMCP at a conference like Ingram Cloud Summit. It appeared to be happy hunting to recruit new IAMCP members as the Ingram Cloud Summit catered to larger partners.

4. Microsoft IoT. The coolest thing on the tradeshow floor was the Microsoft IoT SUV. IoT was the overarching theme for the Ingram Cloud Summit (hey – every conference has to have a theme). The IoT SUV was here, now and pragmatic. I felt a lot of the IoT conversations were still too far off in the future to impact today’s cash flow. But we’re getting closer. 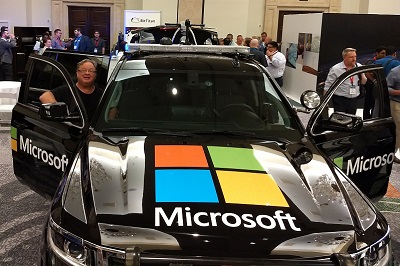 The IoT SUV was very popular!

5. Hallway 101. Long-time readers know that I prefer to work the hallways all-day every day at conferences versus attending lectures to meet people (I wasn’t a well-behaved student due to ADHD). The good news is that there are folks just like me walking ‘da halls and open to networking. Shout outs to Jeff Ponts (DataTel) and George Mellor (KloudReadiness) for sincere business development conversations. 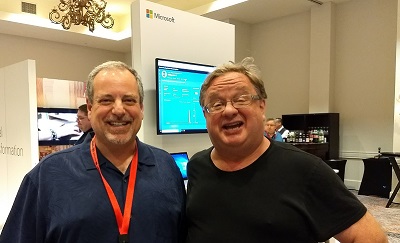 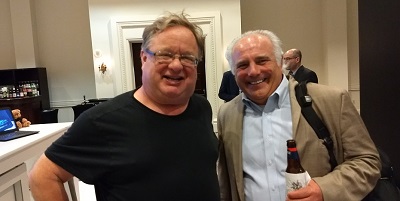 Really enjoyed this event and I will repeat. Join me.