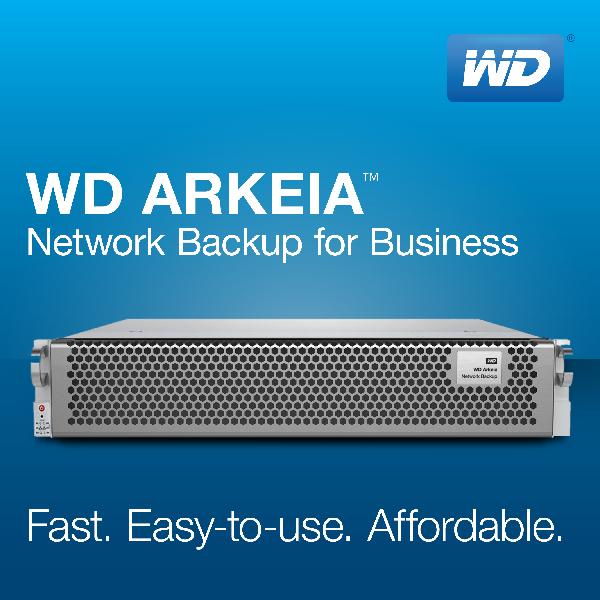 The new line up

The WD Arkeia backup appliances are manufactured with features and functions that are typical for an enterprise level end user. WD, however, has designed its Arkeia line with the SMB in mind. The new appliances extend the upper range of WD Arkeia appliances, all while complementing the company’s available lower-range appliances.

Prior to the announcement going live this morning, we had the opportunity to speak with Bill Evans, GM of WD’s SMB Business Unit. Evans told SMB Nation that one of the reasons why the Arkeia line was developed was because of the constant need for data, and WD’s desire to support that. “With the Arkeia line we are delivering a product with enterprise-level features at SMB prices,” Evans said. “SMBs typically have a smaller budget than larger enterprises and don’t usually have an on-site technical staff or the same capabilities that a large, Fortune 100 company would have.”

Evans says he also feels that the SMB market needs more options and a clearer road map when it comes to the network backup appliance market. “The SMB market has been underserved, and it is highly fragmented in this area, and has not had the focus of a major storage player,” he said. “At WD, we are seeking to help by providing storage products to SMBs that are priced aggressively, are easy to use, fast and affordable.”