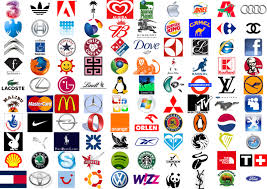 Berlin, Germany, September, 2018 -  Automated logo designers GraphicSprings have released a study revealing the world’s most powerful logos, in terms of public recognition. In order to understand the impact well-designed logos have on a brand’s success, the graphics company commissioned a poll asking individuals to identify the logos of the top 200 most profitable companies worldwide. The results of the study show that the profit and market value of a company do not always correlate with levels of recognition, as many of the world’s most profitable corporations are virtually unknown.

The study focuses on the top 200 corporations around the world based on yearly revenue, taking into account sales, profits and assets in US$ Billions. The visually-aided survey asked 24,000 participants from Europe, America and Asia to rank each logo on their recognizability, and the results are divided generationally, regionally and ranked by average responses. The participants were divided into the following age categories: Millennial, Xennial, Generation X and Baby Boomers. The results were then numbered and ranked. Each rank is expressed as a percentage, meaning that a rank of 100 indicates that 100% of respondents correctly identified the logo.

The full methodology can be found at the bottom of the press release.

To view the full results of the study, please see here:

The table below compares the generational recognition differences between Millennials and Baby Boomers of 6 IT companies which feature in the top 200 global corporations, all of which hail from The United States:

The results above are a clear indicator of how brand recognition changes from generation to generation. Dell Technologies for instance is recognized by 80% of Baby Boomers, but only 45% of Millennials in America, whereas Apple is universally recognized, no matter the age of the respondents. Additionally, Microsoft is 90-95% recognized by those born from the 1940s to 1985, whereas it drops down to 75-85% for Millennials in US and Europe, suggesting that Apple reigns supreme with the younger generation in these regions. Interestingly, recognition for Microsoft in Asia remains high across all generations.

The table below reveals the top 10 most recognizable companies overall worldwide:

N.B. The full methodology can be found at the bottom of the press release.

The table below reveals the top 10 most profitable corporations in the world, and their logo recognition. Four are Chinese companies which all have very low recognition scores, even in Asian countries.

Of the 10 corporations which 100% of Americans could identify, all were companies from the United States except for German BMW Group and Japanese Sony. Of the 51 corporations that 0% of the American public could identify, 63% were Asian companies hailing from China, Hong Kong, Japan, South Korea, and Thailand. In comparison, the only company which received 100% recognition from Asian respondents was Coca-Cola, while 47 corporations were completely unknown. Of these 51% were American companies, and one Chinese company was completely unrecognizable to Asian respondents.

“With the United States-China trade war at its most volatile to date, these results paint a very interesting picture about the recognition and perception of profitable companies in both nations. While major American brands are very well-known with consumers from Asian countries, less than 1% of the American public recognizes China’s top 20 most profitable corporations.” comments Evan Fraser, Head of Marketing at GraphicSprings. “It would be very interesting to run this same poll again in ten years, and see if there are any major changes. If China wins the trade war, then corporate recognition will most likely rise around the globe while American companies may get left behind, especially if the Chinese Government successfully negotiates trade deals with Europe and Canada.”

“Simplicity, elegance and strength -  these are the defining factors of the highest scoring logos in this ranking.” says Evan Fraser, Head of Marketing at GraphicSprings. “Logos with these attributes are effective not only in being memorable, but they also tell us a story about what the company does, who they do it for and how well they do it.”

“At GraphicSprings, the logo and the correct branding can make a huge difference in the success of the company.” says Evan Fraser, Head of Marketing at GraphicSprings. “It is interesting to see how, depending on which generation you are in, different people can have a positive or negative perception of a brand.” 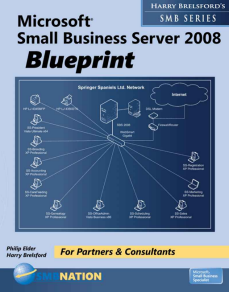 This ready guide to Microsoft's Small Business Server 2008 (SBS) product, now part of the Windows Essential Server Solutions family, is grounded in the real world and based on practical experience. As your blueprint, this book teaches you the SBS way! By using a structured deployment methodology and completing the step-by-step procedures, you will set up a secure SBS 2008 network for a sample small business the perfect way to properly implement SBS 2008. 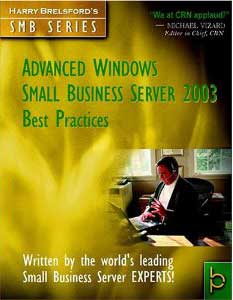 This 1,075-page advanced SBS 2003 text was written by over a dozen leading SBSers, each with specific technical niche expertise. Delve deeply into SBS-specific applications and technologies in these chapters:

This is the book that flies faster, further and higher than any other previous SBS book in product history. When you register your book using the handy sign-up form (back of book), you will receive the PDF-based e-book copy (registered owners only). Readers are already reporting that this book pays for its cover price many times over with saved time and effort! 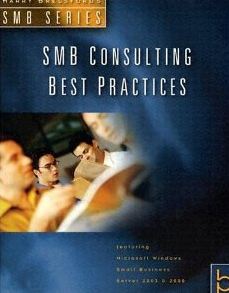 This book serves the small and medium business (SMB) technology consultant seeking to make a great living as a professional service provider. Focused more on the "business" side than the "bits" side, it's all about: * Not only surviving but thriving as an SMB consultant by cultivating a superior portfolio of top flight customers with appropriate, effective and efficient business development approaches. 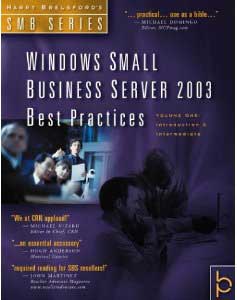 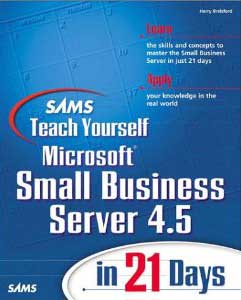 Sams Teach Yourself Microsoft Small Business Server in 21 Days, gives the reader a hands-on guide to installing and managing Microsoft's Small Business Server (SBS) product. SBS is designed for the small business and contains many unique components and management tools. The introduction and success of SBS surprised many in several ways. Consultants and VARs have struggled with the SBS paradigm of performing all actions via the SBS management console. Windows NT Server professionals commonly error by treating SBS just like big BackOffice, a fatal mistake. Small business owners and staff, seduced by Microsoft's "just add water" SBS marketing message, are surprised at the on-going maintenance requirements of SBS. And few books and outside resources exist to guide consultants, VARs, small business owners and staff alike on their SBS journey. With step-by-step instructions based on real-world experience, Harry Brelsford will take the reader through all of the stages of installing and maintaining their SBS installations. Along the way, Harry will keep the reader on the right track and out of the many pitfalls that spell disaster for the user.

SMB Sunday Paper:
The Place to Start-up
or Start Over!
December 5th
Issue : 11-15