http://www.prontomarketing.com/ Subscribe to updates from author
Tim Kelsey is the Director of Marketing Services at Pronto Marketing where he leads a team of experts working in a variety of online campaigns including SEO, online advertising, social media, content marketing and more. With over four years of experience in Internet Marketing, Tim has worked with hundreds of MSPs to help them build strategic marketing plans, optimize their campaigns and improve their overall web presence.

What a $52,000 potato salad can teach you about marketing

As a small business owner, you probably know a thing or two about marketing. After all, getting word out and spreading the message about your goods and services is how you grow your business. So here's a question for you: What does potato salad have to do with your marketing? The chances are, unless you're running a salad bar, relatively little. But now there's a marketing lesson to be learned from this popular side dish thanks to a young, and hungry man, called Zack Brown.

Zack started a Kickstarter campaign, perhaps half jokingly, to raise the money to make a potato salad. He was only seeking $10 but his savvy campaign has now raised $52,000 in donations to date. That's a lot of green stuff going into just one salad!

Kickstarter is a crowdfunding platform that attracts entrepreneurs, musician, artists, designers, authors or anyone else looking to raise some money for their project. In exchange for a donation, users receive a reward. For example, if a band is trying to record a new album, a small-time donor might receive a digital download of the album while someone investing more could be offered an autographed vinyl version of the album.

By now, most of us in running small or medium businesses know a little about the magic that makes certain websites appear at the top of search engines when we type in terms such as "local shoe shops" Best dishwasher" or even “smartphone reviews” online?

And we know that getting to the top of these coveted search engine results pages (SERPs) is far more than a game of chance. But as a small business owner, do you know any of the tricks that will get you there?

Well let's look at the two main strategies for affecting your website’s SERP ranking and different situations for employing both.

It is SEO and keywords that make the difference between being top of the engines or relegated to page 3. But as with most things in life, money makes the real difference. The top slots are reserved for companies that pay top dollar. These are paid searches. The others are ranked organically thanks to carefully SEO campaigns, clever use of key words and great word of mouth.

Recent comment in this post
WalterROgden
Today I read many strategies about this topic but I liked your information. You have shared a true fact. Well, I was searching for... Read More
Monday, 15 July 2019 04:09
Continue reading
1 Comment

The high rollers in the business world know that, although they may seem to be on a winning streak, luck can change in an instant and take away all they’ve worked for. Business owners need to be constantly aware and ready with a responsive strategy the moment things change. Your first line of communication with your clients and potential clients? Email marketing.

Don’t furrow your brow just yet. Email marketing campaigns have come a long way from the pyramid schemes, fake foreign investment “opportunities” and phishing techniques of the past. The email marketing of today is far more sophisticated. It is personalized and designed to appeal to the specific people you are trying to reach and has become a great tool for reaching an audience that truly wants to know about your business.

Apps and gadgets have changed the way we live. Access to information has become so convenient that telephone directories, Rolodex and calling cards have become a thing of the past. Nowadays, people consult their tablets and mobile devices to find the trendiest bars and clubs, gastronomic bites and the most happening places in any new place.

We have embarked on an age where people substitute old-fashioned face-to-face conversations with instant messaging, social media, interactive chat, and other digital means. The traditional word-of-mouth, which is the oldest form of publicity, has gone digital too. People share, check-in and tweet their experiences and latest discoveries online. This movement spawned the term “SoLoMo” which is short for Social, Local and Mobile to describe how people search, review and share information about local businesses while on-the-move. As an effect, small businesses are left with no choice but to open up their digital doors and let the World Wide Web see inside.

In a virtual world of online business websites and social media marketing, the question for any corporate blog beginner is how to draw people to their website and keep them interested.

The answer is, on one level, fairly simple, and yet there is an underlying complexity to it. You need quality content that is relevant and written in an engaging style that will continue to attract interest right now and into the future too.

While content may be king, each type of content does not rule equally. There are some well tested content styles that have proven to be effective and could work well for you. Here are 10!: 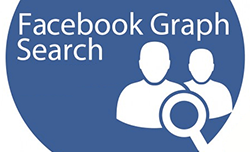 In the last article, we talked about Facebook Graph Search - one of the major changes to the popular social networking site since it was launched in 2004. This feature makes Facebook more interactive and personalized. It also offers accurate and almost predictive search results. Basically, it is designed to improve searching on the site. Users simply have to input what they want to search for, and Facebook can figure it out and provide results. If you would like to find out more about this feature, read the first part of this write-up .

We have learned from the last article that Graph Search could vastly increase new traffic to Facebook Pages and eventually new prospects. Thus, it is high time to be prepared as you could witness improvement in your online presence and reap the rewards. This article focuses on how you can optimize your Facebook account and Page to best benefit from Graph Search.

Recent Comments
Tom Martin
A respectable company offers more than its services to its clients. There are ways to make people happy even though they have to w... Read More
Saturday, 05 January 2019 02:41
Huzaifa seo
I really enjoy simply reading all of your weblogs. Simply wanted to inform you that you have people like me who appreciate your wo... Read More
Thursday, 25 April 2019 15:12
Edward foX
plastic deer fence... Read More
Thursday, 06 February 2020 03:32
Continue reading
11 Comments 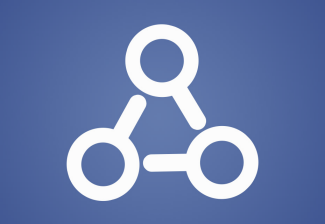 Social networking sites have become a significant marketing platform, especially for all small businesses. For many businesses, these platforms are the easiest and most inexpensive way to reach out to customers. You cannot even imagine a marketing program that does not include social networking platforms like Facebook. Who would not make use of a top social site that has over a billion users? In fact, a Facebook Page is already a must-have for pretty much every business. The best thing about using it is that Facebook's developers continue to think of ways to improve features and service, benefitting all of its users.

One of the key components to Facebook is the all-important Graph Search, first introduced almost a year ago. Graph Search was a significant change to the social networking site, yet many businesses are still unaware as to how it works and how it can benefit their business. 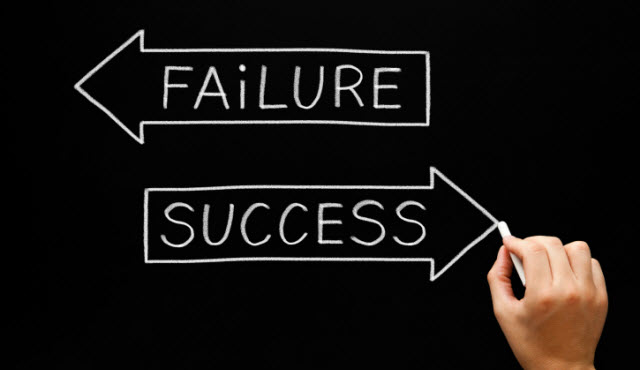 Social media has changed the way companies market their brands and manage their reputation so much so that it's now common to see social media sites being the main platform for sales and marketing programs. With Facebook and Twitter entering the limelight and gaining millions of users worldwide, the world is quickly becoming smaller and the communities based on sharing have been able to rapidly advance brand exposure for businesses of all sizes.

While businesses now enjoy an accessible, flexible and not to mention more exciting medium of customer interaction, social media can harm businesses if mishandled. The Internet is rife with tales of poorly managed, ineffective social media campaigns that led to businesses harming their brand or even turning customers away.

Recent comment in this post
WalterROgden
I want to do marketing of my brand. I have shared it with my friend and he told me to read 6 social media tips because with the he... Read More
Friday, 21 February 2020 23:21
Continue reading
1 Comment

Here at Pronto, we develop websites for small businesses who serve local markets. In the vast majority of these businesses we work with, the founder and owner are regarded as the “face” of the business, or the best representatives of it. With the number of websites we work on and clients we communicate with on a daily basis, we often wonder why some business portraits and CEO headshots are quite frankly poor in quality.

Displaying the portrait of the company head may be a bit old-fashioned, but it many cases, it could be highly advantageous. In most cases, a portrait of picture of the owner projects how professional and genuine a firm is, since it is very much willing to show who the main person is behind the business. In many small businesses the portrait of a business owner allows customers to put a face to a name of the person they want to deal with. If used on websites, the right photo can be significant in engaging a visitor who could be a prospective client.

Recent comment in this post
Jose Nixon
Dull Business Portraits are nothing but a remake of http://ninjaessay.com/ that we’ve been planning for along time. We need to wor... Read More
Wednesday, 21 February 2018 11:04
Continue reading
1 Comment

Edward foX Local Community Member Celebrates 18 Years in Business
22 February 2020
I have outlined the method below but please proceed with caution as you are dealing with critical sy...