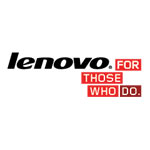 This morning, Lenovo announced a series of enhancements to their ThinkPad portfolio of devices. These new enhancements are based on user-suggested designs and are built to have longer battery life than previous ThinkPad models.

Lenovo announced this week at its Accelerate Channel Partner Forum its new ThinkPad S431, a premium laptop PC featuring an elegant floating design. Touchscreen display an option in versions coming out this July. Optimized for Windows 8, the ThinkPad S431 offers enhanced performance and 15 percent faster processor speed than previous generations. The laptop is ideal for professionals who want a combination of style and substance. It is also a good fit for small businesses that need a laptop to do it all – great performance for work tasks and an excellent experience for personal computing.

Today, Lenovo announced the latest addition to the ThinkPad family, the ThinkPad T431s. This device, which is the result of nine months of global user research, is the lightest ThinkPad to date.

In a press release this morning, Lenovo explained that they invested thousands of hours into a nine-month global research project through which they worked with Net-Gen, ThinkPad users and non-ThinkPad users. The primary goal was to watch device user behavior to determine a more intuitive design.