Recently many MSPs and partners attended a lecture on “How to Throw an Election” discussing bots with the notorious Tcat. The well-attended event was to further our technology conversations beyond the LAN and even MSP land. The context was actually SECURITY and that is always a crowd pleaser. Funny thing is, an election bot rehash article emerged here just as I was writing the blog. If anything, this report from the NY Daily News is interesting.

But the real reason we’re here is to talk business bots. A tip of the hat to Sage (the accounting software firm) for hosting a one-day bot “BOTlanta” workshop in Atlanta as part of the Sage Summit 2017 conference (in part this made me think about the above Tcat lecture). “At BOTlanta, Sage’s chief of AI and bots, Kriti Sharma, will outline the importance of establishing a bot code of ethics and provide an interactive step-by-step guide on how to create a bot of your own.” This free day-long workshop was open to the Atlanta community. Bravo! 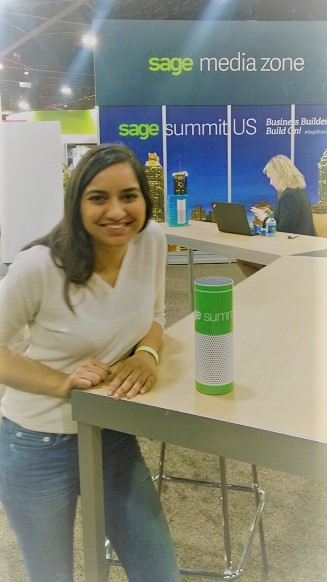 At the Sage Summit keynote, Sharma introduced PEGG, a voice chat bot that resides on the Amazon Echo device. Beyond cool, you can use the most natural interface of all (voice) to manage the Sage One cloud-based accounting system. For example, you can as management reporting questions such as “How much does Microsoft owe me?” You can watch the keynote speech here as I shot a point of view (POV) vid (see below).

Now the good stuff. I had 1:1 interview with Sharma (“the bot chick”) after her bot presentation. First Sharma clarified that Pegg was launched as a chat bot for Facebook messenger and Skype. You could essentially type commands. At Sage Summit 2017, the voice portion of the Pegg chat bot was introduced. Point well taken.

“We use analytics to help design and improve Pegg. It’s the only way.” Shared Sharma. “Over 20,000 people are using Pegg and we can discover new features that people want. Our development time using a chat bot is much faster than traditional application development.” She emphasized voice integration as a way to get more tasks done and “open up the industry to a new wave of users who don’t have accounting expertise.”
Interestingly, Pegg is best thought of as having strengths in management reporting and revenue side transactions such as issuing an invoice. “You can’t trigger a payment from Pegg as we haven’t built a global payment solution yet.” Sharma added. “So security isn’t that different from a keyboard or mobile interface. We don’t want to give an account balance without some type of voice signature.”

Finally, I asked her if the industry is “early” with artificial intelligence with the likes of IBM Watson, Amazon Alexa and now Pegg. “Yes and no. The way I see it is that Watson and Alexa are very general. Pegg is solving a use case defined for a particular industry. And I want to speak of ethics. Bots should not pretend to be humans.” Sharma concluded. With that, refer back to paragraph one concerning Twitter bots and elections.

SMB solution provider Sage announced today Sage 50 Accounting—U.S. Edition has been updated to include 10 most-requested enhancements for its SMB customers.

“The latest version of Sage 50 includes a number of enhancements requested by our customers and designed to make day-to-day tasks such as accounting, payroll and payments even easier for small business owners,” said Connie Certusi, Sage EVP and general manager. “The new iPhone and iPad apps give customers the flexibility to check inventory and create quotes on the go, while the new chat feature allows customers to get help as soon as they need it without having to pick up the phone.”

Other updates include simplified installation, chat support and customizable lists.

Small and medium businesses comprise 99 percent of businesses worldwide and continue to lead the workforce in hiring and innovation. 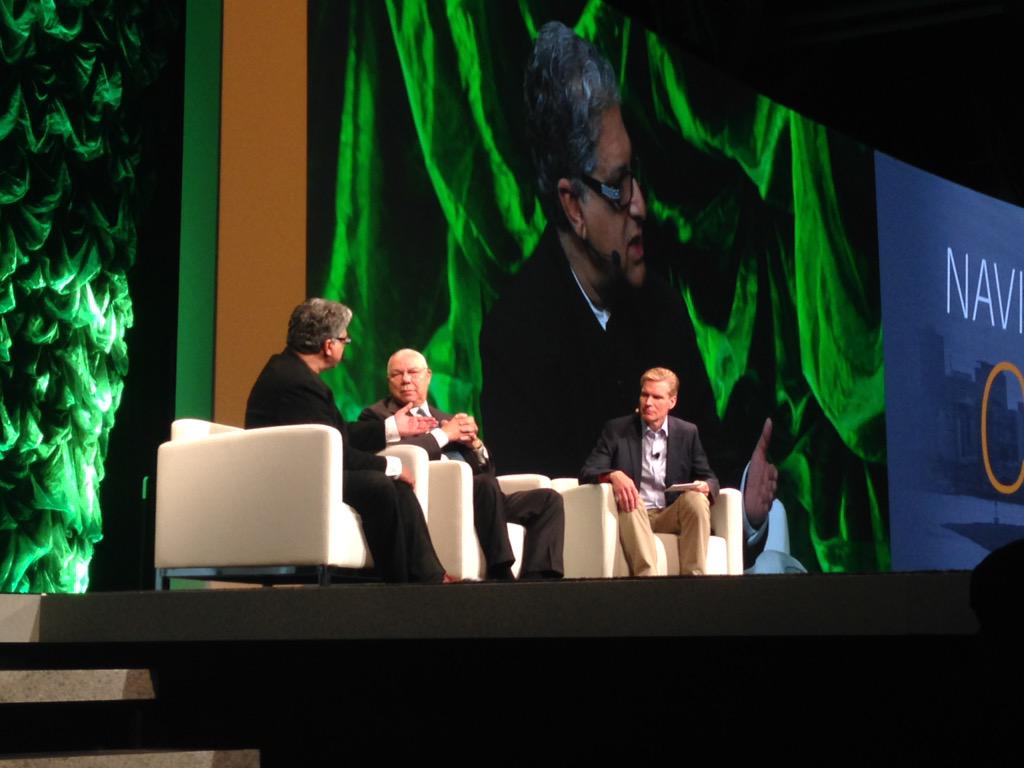 “The real strength of this country rests not in Wall Street, but resides in the small businesses,” Powell said.

Despite interesting conversation from the three about everything from office satisfaction to increasing dependency on technology, the most important announcement for current and prospective customers was the introduction of three new products: Sage Live, Sage 100c and Sage 300c.

The most innovative of the three, Sage Live, capitalizes on the company’s partnership with Salesforce. The real-time accounting service is accessible on all connected devices and built on the Salesforce1 cloud platform.

The newest products from Sage address and complement the blurring of business and consumer solutions and experiences, Kelly said.

Follow @khalltweets or the hashtags #SageSummit and #SageAdvice for updates throughout the conference from media and attendees.