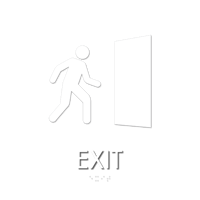 I’m not going to define the EU or the UK “Brexit” as this trending topic is handled much better in other forums such as Real Clear Politics. Rather I want to use the Brexit concept as a teaching moment for our SMB Nation community.

Personal Story
As you know, so goes SMB tech, so goes SMB Nation. I underestimated the impact of the Windows Small Business Server end-of-life (EOL) announcement at this exact time three years ago (actually early July 2013). While we were already pivoting to other business models such as Office 365 Nation, the MSP exodus from the Microsoft Partner SBS community was stunning. It was nothing short of a niche collapse.

So my “BrelsfordExit” (get it) has been to look at other tech opportunities above and beyond Microsoft’s solutions including Big Data, Predictive Analytics and online sales tax calculation solutions. Tongue-in-cheek, I mocked the “Brexit” story earlier this week as I’ve traveled home to Alaska for a long weekend (that be my summer vacation) and recounted how Alaska was in fact its own sovereign territory at one point. Given the fierce independent mentality up here, it would NOT be hard to start a right-of-center secessionist movement.

Your Story
Now let’s get serious. You are confronted with a plethora of transitional opportunities in the SMB tech space. For working in tech, you are surprisingly conservative and resist change. That’s likely the stubborn small business owner in you. But change has indeed arrived and on-prem servers aren’t what they used to be. So I’m interested in what’s your Brexit from SBS going to be? Has your Brexit already occurred?

Please complete our Brexit “Reinvention” Survey! If you could be so kind to answer just a few questions on this topic, we can better serve you sooner rather than later. Take the survey here.