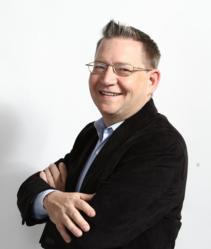 Many of us remember when Intel launched its Intel Hybrid Cloud device and the Intel AppUp Small Business Software Service with much fanfare just about two years ago, with tons of promise. It was ahead of its time pioneering the “devices and services” paradigm so popular today. It was the “third-way” in the polarizing argument(s) asserted by on-premises extremists and Cloudies. Many MSPs that I know had signed up for the service, and had high hopes for what it could do for both themselves and their SMB end users. Intel even went ahead and put together a launch platform held at SMB Nation’s Fall Conference in 2011 to target its sweet spot of SMB MSPs who largely attend our events…from what I understand, they came in droves to check out this new game-changing cloud product.

(Pictured at right): Karl Palachuk, Founder and CEO, Small Biz Thoughts / Great Little Book Publishing Co., Inc., said he doesn't feel there is a correlation between the end of SBS and the end of the Intel server.