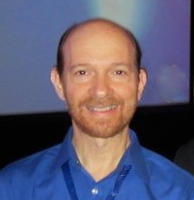 By Bob Vogel, B2 Marketing

And an interesting question arose: What if the prospects want to actually see the data that was collected (after all, we’re talking about their networks). And, even trickier – what if they want to show the results of the assessment to a competitor to get a “second opinion” on what was done?

The MSP was Bob Coppedge, CEO of Simplex-IT, and his answer might surprise you:

And what about giving the prospect the actual data that was collected?

Bob Coppedge believes that being transparent and sharing the information will not only set him apart and above his competitors, but it also helps to drive home one of his key selling points:

“We’re not in the business of selling information,” he said. “We’re selling our services. We’re selling our relationship to help them move forward.” If you want to hear more about Bob’s philosophy in his own words, here’s the link to an informative recorded session with him.

Like thousands of other MSPs, Simplex-IT uses Network Detective, from RapidFire Tools, Inc. As part of their training, the folks at RapidFire will point out that having your prospects share your IT assessment reports with their competitors puts you in a win-win situation, and your competition in a “can’t win” situation.