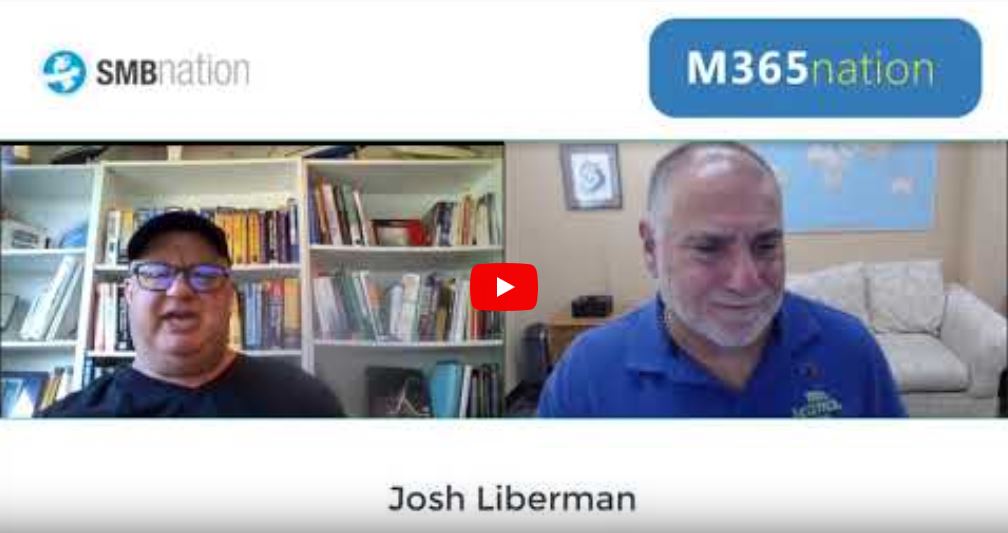 As your MSP practice develops, you will handle everything from recruiting to terminating, advertising, seller relations, and developing your product offerings.  Juggling all of these things and making customers happy is not just about fast, friendly service, because everybody says they can do that, but it's more about efficacy, and about inculcating a corporate culture or company culture

in your own MSP of trying to execute on the first pass. It's all about practices and processes.  Everyone can offer fast service and caring service, but what can set your company apart is the ability to deliver capable and effective service. I would argue that no matter how fast you fix an issue, if it continues to recur, the perception of your service will suffer.  Watch as Josh and Harry chat about being an MSP in 2021. 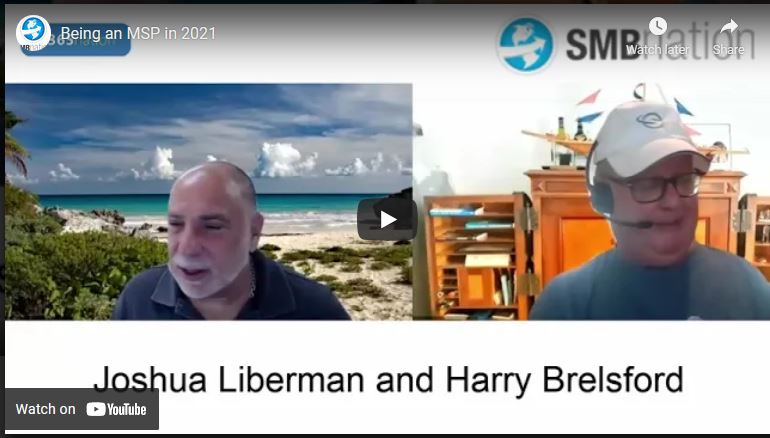 Nation Nation, Joshua's ready and chomping at the bit to get going. Welcome back, sir. And by the way, thank you for hosting me on the Digital Inclusion Tour about a month ago in early March in Albuquerque at your site. That was really cool. That's fun. Got to spend some time with you.  But quickly, let's talk about customer service customer excellence for MSPs. You just dropped a piece up on a super ops about that, what is the story on customer service serve?

All right. Well, I think the the central theme of these 800 words or so is that it's not just about fast, friendly service, because everybody says they can do that. Or they do that. And pretty much all of us can do that. But it's more about efficacy, and about inculcating a corporate culture or company culture in your own MSP of trying to execute on the first first pass. One of the things that we most often hear as a complaint about other MSPs in the field, if we go out and we're interviewed to replace somebody is that there are variants variations on the theme, but you hear things like, it takes them forever to fix a problem, or they fix one thing and break two others. They keep coming back and that kind of stuff. Sometimes those are accurate statements, often they're not a lot of end customers. If you're dealing with somebody who asked for a problem to be fixed, and the business owners aren't willing to do what it takes to do that, which is usually relatable in dollar signs, then the perception of that end user is going to be the MSP never fixes the problem, that may simply not be the case. But even if that were two thirds of the time, the reason even if it's only a third of the time, your issue, the perception that you don't succeed, the first time that you cause other problems, is one of the most corrosive ones out there. And of course, everybody hears the phrase, you know, perception is reality. I have a engineer here particularly hates that phrase. He likes to point out that reality is reality. But I think as a nation we've seen perception is reality, more than ever. So we have to leave people with the feeling that they were well, well handled, that we took care of the problem. And part of that comes down to finding root causes, documenting it, and looking for ways to extend that solution to other sites. So again, the people who work for me are probably sick of hearing this, maybe I'll have to say probably, but we fixed a problem. I always say, what are the next two questions when I ask? That is, is it documented? And have we looked to see if it applies to other sites so that we can be proactive? The upside to that is obviously you don't have to go fix it reactively. The downside is the site's never realized you fixed something. So the better you get at this, the more invisible you become. And that carries with it its own challenges. But that's my problem. The problem for the piano or in the wrenches, the guys that work for me, are to actually nail that issue, try to figure out what the root cause is documented and apply it or where appropriate to other sites in advance. It's all about practices and processes. So all right. There's company culture is big here. And we talked about that the There's a wonderful scene in Apollo 13, where they literally had to fill fit a square filter in a round hole, where they moved from the LEM to the next into the LEM to get home away from the other capsule, and they had two different co2 scrubber mechanisms. It's a true story from what I've read. And that is, I bring that up, because there's no way you're going to have a procedure for everything. We can't even if even if we worked, if we froze this down to one year 2021. If nothing ever changed again, in it from 2021 going forward, we still wouldn't be able to craft a procedure for every eventuality. And of course, everything changes all the time. So sometimes it just comes down to your attitude, and your commitment, and that's part of that company culture. But finally, I'm going to quote if you don't mind from this writing, it says everyone can offer fast service and everyone can offer caring service. But what can set your company apart is the ability to deliver capable and effective service. I would argue that no matter how fast you fix an issue, if it continues to recur, the perception of you service will suffer so It's not just about being fast and friendly. It's being fast, friendly and effective.

Love it. Let's make that the final word, my friend. Hey, I got good news. I'm stitching together. I don't know exactly when maybe mid June that repeat visit to Albuquerque with the gentleman we worked with on the Digital Inclusion technology drive. And now we have a little more lead time. I'll keep you posted Joshua. And folks, if you're in the area, Santa Fe or whatever, start saving those old laptops, the old hardware that can be given to a not for profit, fixed up reprovision and donated to underserved communities. Socan you give me a date or an idea? No, I and I did. It's going to be around mid June. I don't have the dates yet. I just wanted to give you and the people that heads up. Joshua, I'll drop you an email offline as I get a little bit closer, but we're gonna do this thing, right. So

Now. All right. Okay. I'll talk to you offline. Thanks. Thanks, Jenny. Bye bye. Bye.