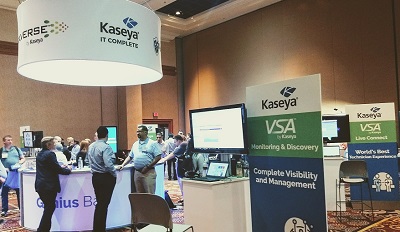 It’s right out of the old school business playbook. It’s about portfolio diversification, risk reduction and greater customer choice. And it’s ultimately about a stronger Kaseya. Just prior to its annual KaseyaConnect conference in Las Vegas last week, Kaseya announced its acquisition of Unitrends, a mid-market enterprise and MSP backup provider. In a 1:1 interview with Fred Voccola, CEO of Kaseya, I got the inside scoop. Warning. A couple more ten dollar words ahead.

I liken the Unitrends acquisition to a company eating its own dog food. According to Voccola, Kaseya had been using Unitrends internally and on customer-side activities and it got to know the product very well along with the Unitrends team. Kaseya engineers impressed upon Voccola that Unirends might be a good technical addition to the Kaseya family. On the financial side, Voccola and team viewed the acquisition as accretive, defined by Investopedia as “An acquisition is considered accretive if it adds to the item's value or corporation's earnings per share.” Loosely translated, we’re talking synergy here.

Full disclosure: we have worked with both Kaseya and Unitrends over the years at SMB Nation. Both have had their eyes firmly affixed on the “M” of SMB and I don’t see that necessarily changing in the future. But the story is better. There is more horizontal integration going on here. Think of it as eating tapas at a true Spanish restaurant where you can order fish and beef to create a complimentary meal.

The trend to all-in-one-shopping is being observed across the MSP space. For example, SkyKick, known for its Office 365 migration tools, introduced a backup solution over a year ago. Kaseya, best known for its remote management and monitoring (RMM) roots (it now holds itself out to be “complete IT infrastructure management solutions for managed service providers (MSPs) and mid-market enterprises (MME).” The Unitrends acquisition mirrors this horizontal integration trend.

I attended KaseyaConnect for a day last week after completing my duties at Lenovo Accelerate just up the strip. I’ve attended this show in the past but not in recent years. It’s certainly grown and still reflects a slighty larger MSP (read sports jacket). For me – it was a chance to check-in on Kaseya and meet up with old friends such as this gent below from the Orlando-area. 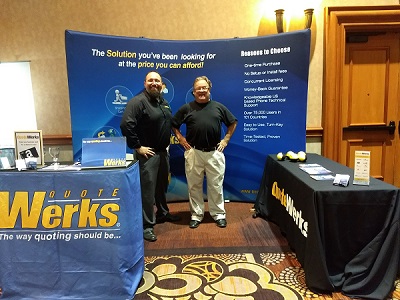