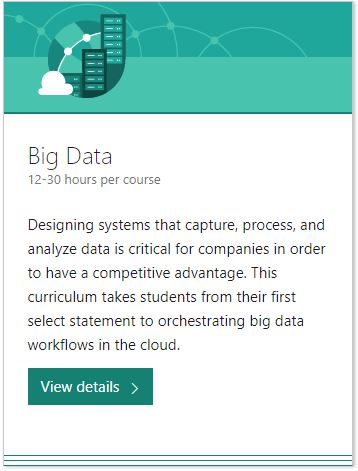 Pre-recession, my basic mo·dus op·e·ran·di (MO) was to take fun seriously in business. I’ve emerged battle-tested over the past decade and have adopted a tougher stance on life: Lead…or follow…or get out of the way. I still try to have fun where I can find it but the economy isn’t as fun as a decade ago and neither am I!

First, before you proceed, I’d ask you to

peruse my LinkedIn profile HERE so you can get the foundation to understand the context I’m about to present. Hopefully you’ll note that I’m committed to education both formal and semi-formal (that would be my technology-related certifications). Second, my goal is to lead by example and have your follow along and join the parade. Third, as I’ve opined many times over the past few years. Small Business Server is GONE and it’s time to reinvent ourselves. You’ve done it before; you can do it again.

Side Hustle
It’s all Karl Palachuck’s fault. About 20-months ago at the Microsoft Worldwide Partner Conference (2016), it announced a “degree” in Data Science. Karl signed up to participate in this and I openly questioned whether it could be called a “degree” as Microsoft is not an accredited University. Fast forward the movie and the program has been rebranded a professional certificate (which is appropriate) and the title is Microsoft Professional Program. There are three majors: Data Science, Big Data and DevOps. Note that these are “earned” certificates; not honorary. These are the real deal.

I’m pursuing the Big Data certificate for a few reasons. It’s how I’m wired (I’m not a developer and flunked out of C++ years ago). I was a SQL Server MCSE in the late ‘90s to support my employer (Clark Nuber) and its vaunted Microsoft Great Plains Dynamics accounting consultant practice (once Great Plains Dynamics abandoned Btrieve on the NetWare platform, it adopted SQL Server as the engine on a Windows NT Server network). The Big Data certificate is a natural extension of my background in this area. Finally, many readers know I recently exited a Seattle-based Big Data startup in Predictive Analytics and I want to go all in and double down in this area as the New Harry!

You’d be amazed concerning the support I have received when I have made mention of my latest education side hustle. After a brief mention in one of the recent MSP Tech Talk lectures (you can sign up HERE for Spring quarter where one of the lectures is a deeper dive on marketing analytics), I received several inquiries about the program and the sign-up link. Ditto a catch-up coffee last Friday with Brandon from Bainbridge Technology and his wife (she has a data analyst background). Finally, there was my friend who works for a State of California’s I-Bank (Infrastructure and Economic Development Bank) and is seeking to take his career to the next level with his passion concerning alternative energy such as solar power (yes – Big Data plays nicely in science to).

Just ‘Da Facts
I know. I know. Get to the fricking point Harry!

In the Microsoft Professional Program Big Data certification HERE https://academy.microsoft.com/en-us/professional-program/ – there are ten required courses that take 12-30 hours each to complete. The education outcome is to train you in eight new skills. Each course runs for three months and starts at the beginning of a quarter. January—March, April—June, July—September, and October —December. The capstone runs for four weeks at the beginning of each quarter: January, April, July, October. Accordingly, I have budgeted two years to complete this journey. Not only do I want to acquire new skills along the way but I want to demonstrate forward professional progress. Again, I implore you to join me right here right now.

Last missive. This is essentially free for Microsoft Partners. I consider this to be in the neighborhood of a several thousand-dollar subsidy compared to what you might pay for other programs. You can pay $99 USD to receive a completion certificate suitable for framing – something I’ll treat myself to upon successful completion.