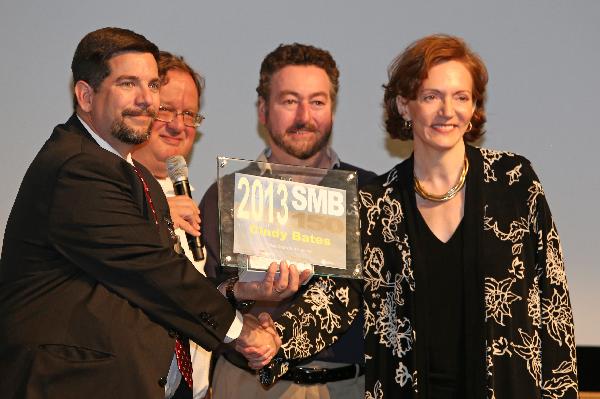 There are two things I look forward to each quarter. First: The quarterly earnings report for numerous companies on CNBC, the financial network.

Second: The quarterly update from Cindy Bates. The first can disappoint; the latter never does.

Finding Customers. While you can learn more here: (https://readytogo.microsoft.com/en-us/Pages/beyondeasy-findcustomers/default.aspx), I want to provide my own spin! It’s the last component, Microsoft Community Connections (MCC), which is near and dear to my heart. Two of our leading SMB Nation hot shots are taking advantage of this turnkey event model. First up is Bill Hole from The Hole Group. He is holding public events in Southern California that attracts buyers for his MSP services. For example – having lunch-and-learns at local Chamber of Commerce sites--Bill is able to attract qualified customers who are seeking his services now. MCC does the heavy lifting in terms of event coordination, support and management to facilitate this gathering. I could go on and on, but the net-net is that Bill is leveraging the MCC program to dramatically lower his client acquisition cost.

And speaking of lower client acquisition costs, that dovetails right into my next example: ComputerHMO. This firm has ambitious plans to grow nationally and intends to leverage the MCC to do it. Imagine doing a round of funding and launching a national “road show” that conveys a joint Microsoft/ComputerHMO message. The MCC program can assist in coordinating chambers and other qualified not-for-profit groups (such as trade associations) from Miami to Seattle. I’d take advantage of this opportunity “yesterday” if I were you.

Bonus – there is yet another MCC twist I’m aware of. Available until May 30, there is an Accelerator Kit that includes shirts, pens, and a back pack (to give away as a prize) at no cost. The idea would be to host a customer appreciation day or open house between now and June 30, 2013. There are a few additional stipulations, but you can start here (www.mscommunityconnections.com) to learn more.

Selling. Make money. Standard stuff including a bevy of payouts that expire on May 31st. Learn more here: https://readytogo.microsoft.com/en-us/Pages/beyondeasy-sell/default.aspx.

Get Rewarded. I fancy myself a Microsoft analyst, and I closely monitor its SMB outreach activities. If you thought they’re watching you…well…I’m watching them! It’s “reward” component of the Beyond Easy campaign marks the return of the sweepstakes contest format since 2009 (more on that below). The current prizes include two $25,000 USD cash prizes, and a travel and shopping spree. How cool is that? Learn more here: https://readytogo.microsoft.com/en-us/Pages/beyondeasy-getrewarded/default.aspx. You’ll also discover some rebates and incentives.

But back to the exciting return of the contest concept! You may recall the 2008 Small Business Specialist Community (SBSC) contest with the Grand Prize of a river rafting trip for 10 employees from one lucky Microsoft Partner entity. This winner was Wade Devore from NetVision Consulting (Dallas, Texas). The following year three Smart Cars were given away in a similar contest, and the winners included Steve Hall (District Computers, Washington DC), and Carl Mazzanti (eMazzanti Technologies, Hoboken, NJ).

Personally, I find that you can energize and excite a “channel” such as the Microsoft Partner Program with contests. However, not all marketing managers will agree with me. Contests are an acquired taste, and not for everyone. I also liken the return of the contest as a sign that things are getting better and better – it’s nearly time to celebrate again!

Finally – I’d be remiss if I didn’t mention that the Windows XP desktop operating system end-of-life deadline is April 8, 2014. Like life, that deadline will approach faster than you will anticipate. More on that in a future blog.