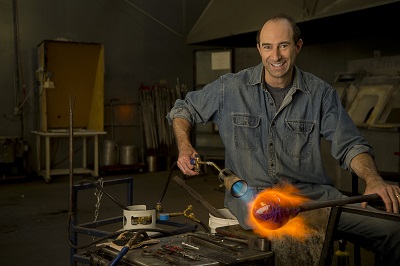 There is no age discrimination in the entrepreneurship community. It’s a line of reasoning that cuts both ways. You can be a 50+ year old white collar tech exec who is “yes sir-ed” through the back door in the tech community because of ageism but still have credibility as a start-up entrepreneur. Likewise, you can be a millennial in the new gig economy who embraces start-ups. It’s a big tent and there is room for all.

Recently GoDaddy released an extensive study on how millennials are fueling entrepreneurial growth.

The end of the story is that young people don’t know what they don’t know and that is an asset in taking the start-up plunge. Contrast that with my friend, a sales rep at a Big Pharma company, who is 55YO and risk adverse. Combine that innocence with a “gig economy” view and you have what GoDaddy calls a new entrepreneurial era where 1-in-3 millennial professionals intend to pursue their own ventures in the next ten years. And that plays very well into GoDaddy’s SOHO and SMB focus of delivering light weight IT solutions such as web pages, domain registration and Office 365 subscriptions.

I spoke with GoDaddy’s Chief Product Office Steven Aldrich, pictured, recently about is new study and here is what I learned.
Fueled by technology that has made entrepreneurship easier than ever, a strong desire for autonomy, and start-up role models such as Facebook’s Mark Zuckerberg, the two book-end generations of global workers – Millennials and Baby Boomers – are driving a huge spike in the number of professionals looking to create their own business or be self-employed, according to a new global survey commissioned by GoDaddy.

The research found that 36 percent of people plan to either start a small business or be self-employed within the next 10 years. This is especially true of Millennials, with 50 percent saying they plan to be entrepreneurial during the same time period. In fact, 24 percent of Millennials started their current business while they were still in school. That makes them six times more likely to pursue entrepreneurship as a career than their Baby Boomer counterparts were in the 1960s and 1970s.

“We’re entering a Golden Age for entrepreneurs across the world. The combination of accessible technology, cultural acceptance of startups, and the desire for more flexibility in our lives, is causing people to pursue their true career passions at a rate never seen before in history,” said GoDaddy CEO Blake Irving. “The sheer volume of emerging entrepreneurs speaks to a fundamental shift in our society toward ownership and controlling one’s fate.”

Technology Eliminates Jobs, Creates Growth
Workers say technology empowers. 81 percent of those surveyed said that technology made starting a business easier, and more than half (56 percent) prefer the “do it yourself” model for handling their tech needs. 58 percent said websites and social media are the most attractive channels to customers. As more people have become comfortable with new technology (cloud, social media, mobile) this decade, they are applying it to their entrepreneur ambitions.

Respondents are also aware that technology can put pressure on their jobs, leading to a potential reduction of hours and layoffs. The loss of jobs is a contributing factor leading many workers to take the small business plunge: 18 percent of small business owners said they started their venture after losing their job. 30 percent of respondents said the introduction of new technologies over the last 3-5 years has negatively reduced their work hours.

Avoiding the Corporate 9-to-5
The survey found that autonomy is the #1 driver to become an entrepreneur. People want the ability to work when they want, where they want, and how they want. Flexibility (41 percent) trumped money (17 percent) and not worrying about corporate layoffs (17 percent) by a wide margin.

Overall, the global research painted a picture of our oldest and youngest generations of workers looking to seize the initiative and control their destiny:
· 36 percent of professionals plan to either start a small business or be self-employed over the next 10 years. Including those who plan to moonlight with full-time jobs, that number jumps to an eye-opening 45 percent.
· Millennials are taking the plunge and starting new ventures at a pace never seen before, with 50 percent indicating they intend to start a new business or become self-employed in the coming decade. In the United States alone, that means 37.7 million new entrepreneurs in the workforce.
· Baby Boomers aren’t planning to stop working in their Golden Years — 21 percent plan to start their own venture within the next 10 years. In the United States, that equates to more than 15.7 million new entrepreneurs.
· 13 percent of Millennials said they were laid off because of new technologies. 36 percent of Millennials said the introduction of new technologies reduced their work hours.
· 7 percent of Baby Boomers said they were laid off because of new technologies. 25 percent of Baby Boomers said the introduction of new technologies reduced their work hours.
· Many would-be entrepreneurs in the United States point to their parents (39 percent) and Mark Zuckerberg (27 percent). But Zuckerberg (40 percent) clearly tops parents (30%) among Millennials. Just over one percent looked up to socialite Kim Kardashian’s method of building a brand.
· Entrepreneurs demonstrate a no-fear attitude. 59 percent of entrepreneurs would try again if their current venture failed. They say grit and determination (76 percent) are more important than having a great idea (53 percent).
· Presidential candidates take note: In the U.S., 60 percent want government to do more to promote small business and entrepreneurs vs. 24 percent who say government should stay out of business all together

The global survey of 7,291 respondents was conducted from August 11-August 21, 2016 in eleven countries.